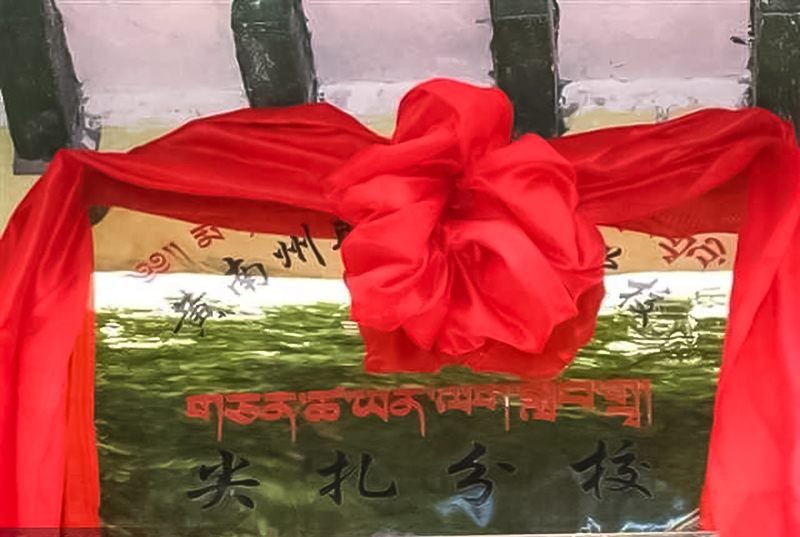 Dharamshala: - Sources coming out of Tibet say, a private Tibetan school named Chentsa County Branch of Polytechnic school in Malho in Amdho region of north-eastern Tibet was forced to close down and a teacher sentenced to 13 years imprisonment last year.

According to the sources, 'a private Tibetan school called Chentsa County Branch of Polytechnic school in the Chengtsa county (Chinese: Jainzha County, Huangnan Tibetan Autonomous Prefecture, Qinghai Province) had a Tibetan name but later it was forced to be removed and ordered to be change to Chentsa Polytechnic school. This school was opened on August 1, 2003 when it started admitting students for the school.'

'A group of Chinese officials visited the school on April 25, 2013, and a shut down order was issued to the school. Mr Phakpa, a teacher was detained and later was sentenced to 13 years imprisonment. Other teachers were also detained and interrogated but later released,' sources said, citing contacts in the region.

'The students were recruited from poor Tibetan families and orphans who had no living parents. The students were recruited from various Tibetan areas in north-eastern Tibet, including Jianzha, Zoge, and Tsolo. All the expenses were born by the school on its own,' sources said, adding 'they are taught the Tibetan language, the history of Tibet and since 2007 Tibetan traditional medicine. The teachers are also provided with residence and monthly based salary.'

The Chinese officials in the Tibetan county paid a compensation of 40,000 yuan for the stationery and furniture, and also paid 3,000 yuan to each teacher and ordered them to return home,' said an exiled source in India; adding that 'there were 10 teachers and 68 students at the time of the schools closure. Between 200 and 300 thousand yuan was invested when the school was first established.