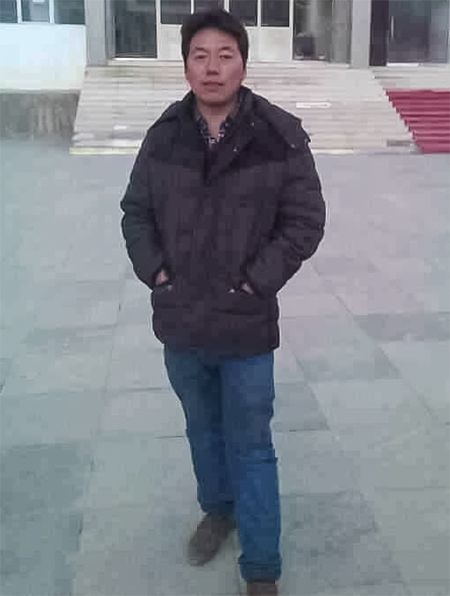 Dharamshala: - Reports coming out of Tibet say, a 39 -year-old Tibetan man stabbed himself to death in Dzogang, Chamdo county, eastern Tibet when the Chinese authorities refused to cancel mining project in the region.

According to the sources, 'the Chinese government was planning to mine minerals from a site close to holly-river in Tsawa Dzogang county (Zogang Xian, Qamdo Prefecture- Tibet Autonomous Region) Chamdho, Kham region of eastern Tibet.

'The local Tibetans decided to stop the plan because of Chinese move. Until now a group of three Tibetans were watching on the area every day,' sources said, adding about 20 Tibetan youths who were involved in guiding the site were arrested and held in custody at Tongbar-yultso township for few days, officials tried to convince them on allowing the project to go head, but later released.'
.
On Wednesday morning (Wednesday, May 7), Phakpa Gyaltsen, a Tibetan man staged protest against the Chinese authorities, shouted slogans 'Long Life His Holiness the Dalai lama,' 'Tibetan independence' and 'there is a lack of freedom in Tibet.' The man then stabbed himself and jumped from the roof of a government building to death, after some tried to stop him protesting.

'The latest attempt to start mining in the area began almost two months ago. The Chinese authorities claimed that they are working to build a dam in the area.In reality, however, the Chinese were planning to mine in the area,' Jampa, a Buddhist monk living in South India told The Tibet Post, citing contacts in the region.

'A bridge was built over the Gyalmo Nyul Chu (Silver Queen River) by the Chinese in their preparation for the project. The site is actually located in Ger-ar village of Tongbar-yultso town of Dzogang county, said Lobsang living in exile in India citing another source.

Chinese authorities also tried to convince the Tibetans by offering 10,000 yuan for each family as compensation but the locals argued about the environmental destruction by mining, giving the precedence to the deadly Yulshu earth quake which was also caused by mining.

The authorities did not respect the call of the locals after several attempts. Gyaltsen told the gathering that he will do something so that the locals may not have to risk themselves, sources further said. He went to the town and climbed on a building and shouted for the lack of freedom for the Tibetans. When some tried to stop him, Gyaltsen stabbed himself twice and jumped off the building and died instantly.

Gyaltsen was the elder son of Choeshoe family, survived by his wife and three small children with one child to be born. After the incident, authorities have imposed increasing restrictions on Tibetans and their cell phone and internet service are turned off in Tibetan areas, revealing government efforts to block Tibetans' communication.