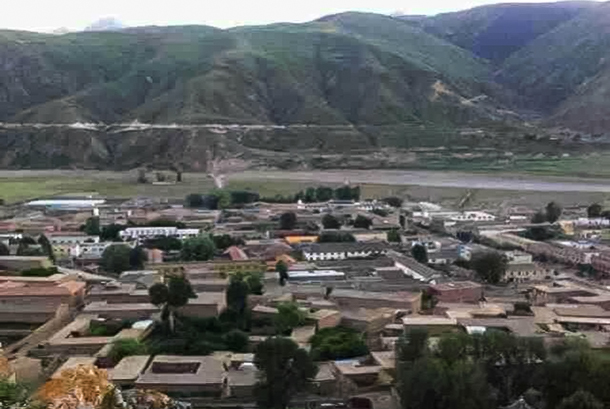 Dharamshala: — A seven months pregnant Tibetan woman committed suicide by hanging herself after hearing of the death of her husband, who was being shot and detained by Chinese police during mass protests in Dhanma County, eastern Tibet.

"The tragic suicide took place in the region only a day after the suicide of another Tibetan man Lo Palsang," Ven Drimey Gyaltsen Chamra, an exiled Tibetan monk currently living in India told the Tibet Post International (TPI).

The sources suggest that 'the Tibetan woman apparently was distressed after her husband Jinpa Tharchin, 18, died in Chinese detention as a result of severe torture and untreated gunshot wounds he sustained," Ven Gyaltsen said, adding "they both died on the same day."

Four of the six Tibetans died from untreated gunshot wounds and severe torture while the two others reportedly killed themselves. "A Chinese police who among the Tibetans peacefully protesting accidentally killed when Chinese paramilitary forces fired into the crowd," the sources said citing local contacts.

The exact number of people injured and arrested after police firing on a crowd of peaceful protesters still unknown. Howeveer, sources said 'over 25 Tibetans, including their leader Wangdak are still under Chinese police custody and many of them still suffering from gun shot wounds to their their heads and torsos.'