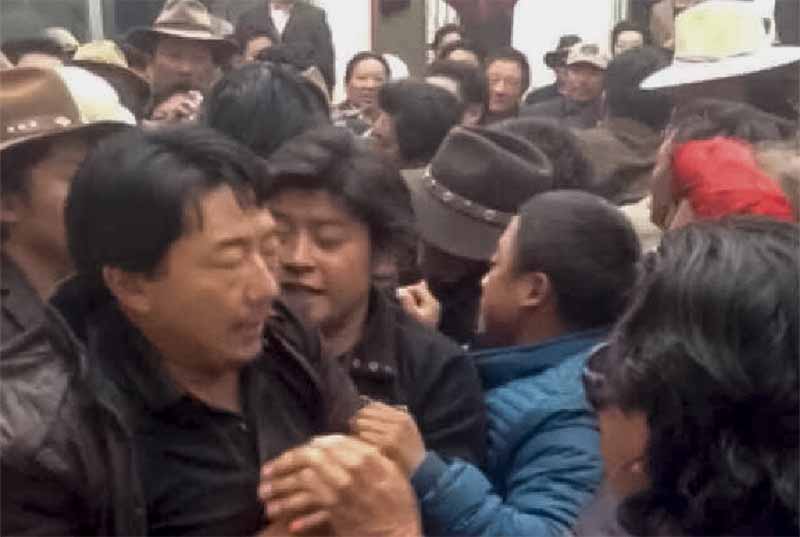 Dharamshala: - A local Tibetan man hospitalized and many others were wounded after local authorities reportedly beat up local Tibetans in the Dza Dhogyak village of Dzatoe County, eastern Tibet.

On 27 August, an official meeting was held in the area to collect suggestions and public opinions where local Tibetans were asked to express their needs and difficulties they face. However, a Tibetan man was "severely beaten by local authorities after speaks out about the real situation in the village," Konchok Dhondup, a Tibetan living in exile but who maintains contact with his county of origin, told the RFA's Mandarin Service on Friday.

'Kardak was severely beaten by Chinese authorities for speaking out on behalf of his fellow villagers about their difficulties during an official meeting organised by local officials and soon many in the crowd turned against the local government,' Dhondup said, adding: "the meeting was attended by a group of Chinese work team officials from Dzatoe County."

The sources said 'the new incident has triggered angry protests against lcoal authorities' false, misleading and evasive action in response to a Tibetan man who peacefully expressed his views at the meeting in Dzatoe (Ch: Zaduo County in Yushu Tibetan Autonomous Prefecture, Qinghai Province).'

"Kardak told Chinese officials that locals have many problems. We now find it difficult with local officials as they are associated with receiving bribes from outsiders- Chinese traders," he added. 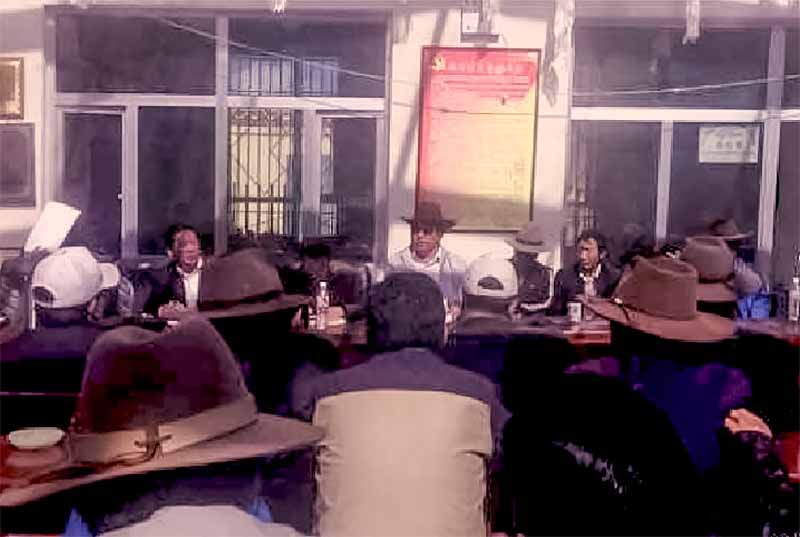 'local authorities feared the local Tibetans would take the case, resulting in further disturbances. Dhondup said that they visited the wounded Tibetan man in hospital and urged him to calm down and called for an internal solution.

In response, Kardak told them he will continue the case against them by uphold the constitutionally protected rights, saying a petition will be submitted to government officials with high-level targets, after a full recovery.

"We can not solve our problems, if local officials will continue letting the corrupt behavior."

According to the sources, 'many Chinese traders pay huge amounts of money in bribes to local government officials in order to obtain permission to illegally collect yartsa gunbu (Cordyceps sinensis; caterpillar fungus).'

Sources also said that the officials were criticised for misleading the public that already caused a number of incidents, including Dzatoe county in Dzatoe county last month.'

local administrative divisions of Qinghai publicly announced that no outsiders would be allowed to enter the prefectures in order to collect yartsa gunbu. Although such a policy has supposedly been on the books since the late 1990s, it was not enforced in Dzatoe County to the dismay of local Tibetans, many of whom perceived the annual invasion of increasing outside collectors to be poachers of their resources.

Many local government officials had, however, been collecting a huge amounts of money from those Chinese traders in bribes. According to the report, there is a growing public anger over alleged corruption committed by the local officials as the yartsa gunbu season starts.