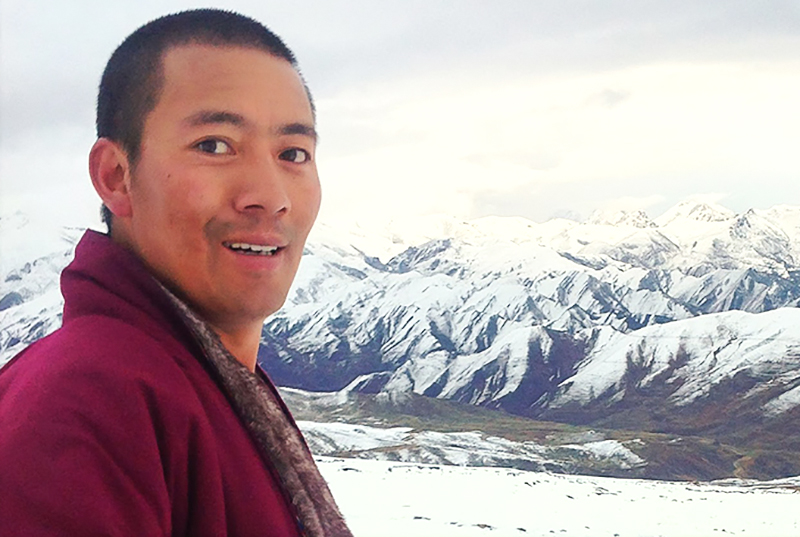 Dharamshala: - Emerging reports coming out Tibet say a local Chinese court in Chamdo region of eastern Tibet sentences Tibetan spiritual teacher to two and a half years in prison.

An influential Buddhist spiritual teacher, "Khenpo Kartse, was sentenced to two and a half years in prison following a secret trial by a Chinese court" Ven Dhondup, a Tibetan monk from South India told The Tibet Post International.

The verdict came after almost a year since his arrest in December 2013.

The secret trial was held "two to three months ago in a local court in Chamdo Prefecture," a source from the region told contacts in India, who in turn told media persons.

The Tibetan monk was charged at first for allegedly "harming state security" by the Chinese authorities. He was later falsely accused of harbouring another Tibetan monk — allegedly involved in an "unlawful" incident.

Kartse's lawyer, Tang Tianhao, was also pressured by the government to withdraw from the case. He was allowed to meet Kartse only twice during the trial. Kartse's family was later forced to turn to a local attorney for support.

Khenpo Kartse is the abbot of Jahpa monastery in Nangchen county, and was arrested during a night raid in Chengdu, the capital of Sichuan province, on 6 December. He was in the city for some work related to the monastery at the time.

Thousands of Tibetans have rallied for his release at the time of his detention. "Khenpoe Kartse also reportedly released, but he was later handed over to the Chamdo security officials, sources said. "Later 16 Tibetans are being held for protesting for his release after a clash between the authorities and his supporters occured in Karma township."

According to sources with knowledge of the situation, "eight Tibetans have been arrested in Karma township, Chamdo county over their alleged involvement to a campaign calling for unity among Tibetans."

"The five detained Tibetans were identified as Phuntsok Namgyal, Pema Tsultrim and Dorjee Lodoe. They were arrrested on January 3, after several Chinese authorities arrived in the town and started raiding the local houses. Many of them after being severely beaten by the authorities.