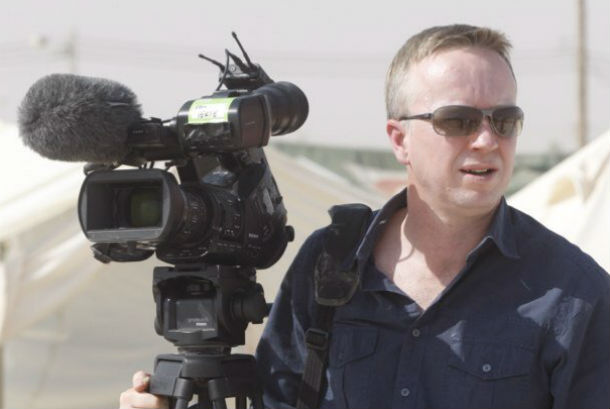 Dharamshala:- In a rare escorted visit, a video journalist, Phillip Bromwell was allowed to report from Lhasa, Tibet for the TV news channel RTÉ, the national public service broadcaster of Ireland.

During the tour, RTE was allowed to conduct a series of interviews and some of the interviews are seen abruptly cut short by a Chinese-speaking escort.

When asked about why Tibetans are protesting, a monk at Jokhang temple who was interviewed answered after a long pause, "this is a difficult question for me."

In an interview with a lecturer from the College of Tibetan Medicine, where students are taught in Tibetan, the lecturer describes the support Tibet has received from the Chinese government and says the region is "well developed and growing rapidly".

Echoing the college lecturer's comments, a business owner of traditional Tibetan crafts emphasised the support the Chinese government has given Tibet, telling the journalist that business "has never been better".

Summarising the current situation in Tibet, Mr Bromwell said that China rejects claims that Beijing's rule is restricting religious freedom and culture but highlighted the tight security which is clearly visible in the city, including security cameras disguised as prayer wheels.

The report shows tourists attracted to the Potala Palace but its lack of identity is evident now that imagery of the Dalai Lama in not permitted, instead the Chinese flag flies over the palace.

Mr Bromwell called the visit "carefully choreographed" and in acknowledging that a true picture of Tibetan life is still "out of reach" he admits that this type of trip will only ever reveal "one side of events".

With the number of self-immolations in protest of Chinese rule, there is a great need for accurate and objective journalism in Tibet. But in response to foreign media reports in the aftermath of the 2008 riots in Lhasa, Beijing has enforced a near-media blackout. Only a few select foreign journalists are allowed to report from the region.

Carole McGranahan, a professor from the University of Colorado and a Tibet scholar, in a lecture at Yale University in December 2013, compared Tibet to the highly secretive state of North Korea.