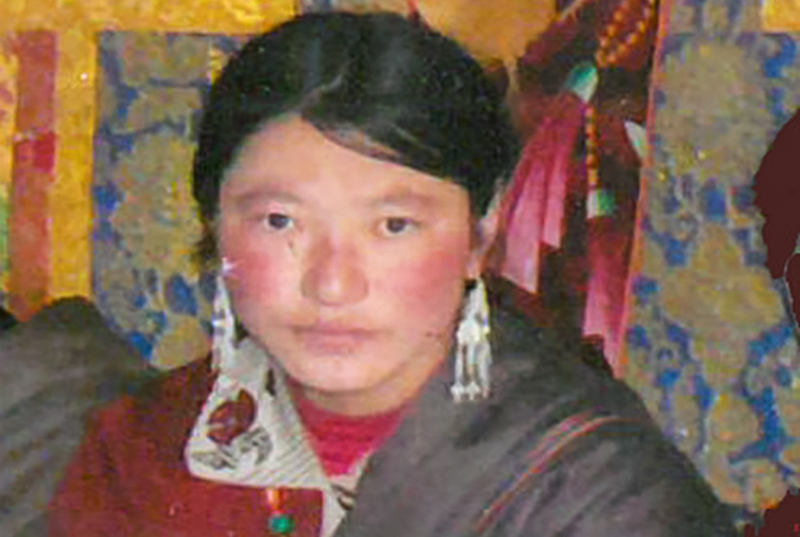 In the press release issued by Gu Chu Sum, an organisation in Dharamsala which provides support to former political prisoners and their families in exile, it said that two Tibetans Gerik Tsang Dolma Tso and Ghoge Tsang Konme were sentenced for three years and Marli Tsang Gephel for two years imprisonment.

The press conference was also attended by the brother of Dolma Tso, Kungam, who now lives in Dharamshala.

“Let me take this opportunity to remind you about my family’s third generation,” the press release said, detailing Dolma Tso and her family’s involvement in resisting China’s policies.

“My grandfather Gepe Lila was sentenced to nine years in prison by the Chinese government. He died while in prison. My grandmother was accused of ‘wearing criminal black hat.’ She died out of torture.

“My father, Gerig, was beaten severely for a month. He was accused of denouncing China’s patriotic re-education campaign in a leaflet he pasted on the walls on March 12, 1998. He was arrested and tortured for the second time on March 17, 2008. Then he was sentenced and beaten for a year for releasing information about the self-immolation of Kirti monastery’s monk Lobsang Phunstok on 19 March 2011.

“My mother, Donkho, too was beaten and detained for several days. My sister Metok was arrested and detained. She was beaten so severely that her brain got damaged."

Dolma Tso is the sixth member of the family to have resisted and suffered in Chinese hands.

She was arrested following the self immolation of Kunchok Tseten on December 3, 2013. After the incident she “tried to offer help by lifting his charred body into the vehicle.”

Later she was arrested with two monks from Kirti monastery—Tenpa and Lobsang Gyatso, along with five other Tibetans whose identity still remains unknown.