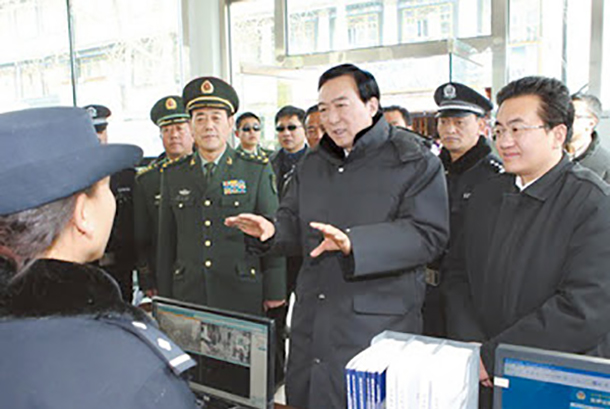 Dharamshala: - The ruling Communist Party of China Thursday said it would severely punish officials in Tibet who follow the spiritual leader of Tibet His Holiness the Dalai Lama.

"Some officials have failed to take a firm political stand and some grass-root officials in the region were found to have serious corruption issues," Ye Dongsong, head of the CCDI inspection team said.

Ye stressed that "the Tibet Autonomous Region enjoys no exception in the anti-graft campaign" and asked the regional government to focus on neutralizing separatists and maintaining social stability, crack down on corruption and strictly monitor projects in the region.

In response to the inspection team's report, Chen Quanguo, CPC Party chief of the TAR, said that the anti-separatism campaign should be strengthened and will severely punish those officials who are more concerned with their personal welfare, or those who still want to follow the Dalai Lama group or support separatism.

"Some officials in Tibet still sympathize with the Dalai Lama. They continue to support the Dalai Lama out of their religious beliefs," Xiong Kunxin, a professor with the so called Minzu University of China told the state-run daily.

"Those officials also support the Dalai Lama's separatism activities," he added, without giving any further details.

Xiong noted that 'those officials support the Dalai Lama's renewed push for a high-degree of autonomy in Tibet to drive away the Han people, the majority ethnic community in China.'

"Such officials should not be tolerated," he said, adding: "Western countries' support made the Tibet issue more international."

According to the report, since July, 13 inspection teams were dispatched by the central discipline inspection agency to 10 regions including Tibet, Zhejiang, Sichuan and Jiangsu, to weed out corruption and close loopholes in party and government work.