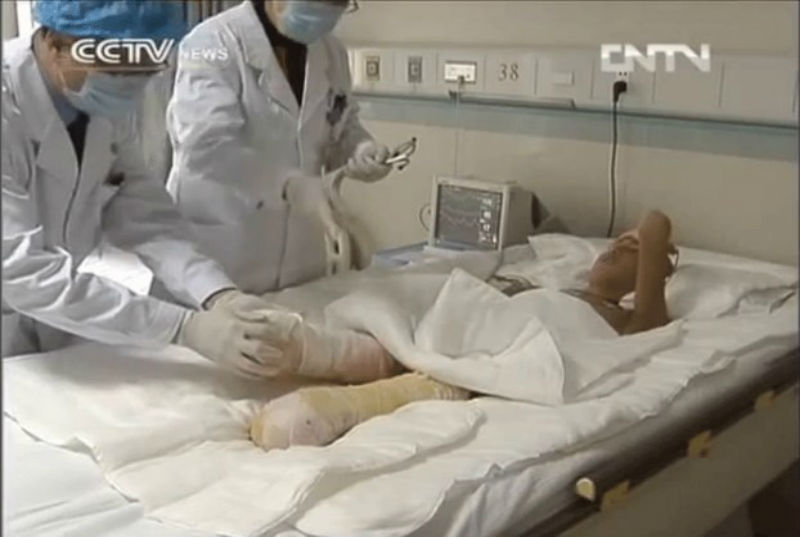 Dharamshala:- Sungdu Kyab, who had set himself on fire near Bora monastery in Sangchu on December 12, 2012, had been returned to his family but with his legs amputated against his parents' wish.

Gyatso, a Tibetan in exile, origininally from Sangchu told Tibet Post International that the authorities in Gansu province had returned him to his family. But his family still remains under close surveillance by the state police.

“They were not allowed to see the actual condition of his legs, and they refused to give their approval for amputation,” said Gyatso.

Earlier, Kyap's parents had made attempts to visit Sangchu county hospital in which he was undergoing medication. However, they were turned away and they was told that he had been moved to a detention center and they would not be allowed to meet him.

“Though Kyab’s parents had been told by the hospital authorities shortly afterward that his legs would have to be removed.”

However, it couldn’t be confirmed to what degree his body was burnt and the severity of the injury that would require an amputation.

“News of Kyab’s release last month was delayed owing to security restrictions imposed by authorities in Tibetan areas of China," TPI learned through our sources.

In a screenshot made available through our source shows Kyab after amputation and given medical attention. The photo is a screenshot from a report televised on the China's state funded TV news channel CCTV.