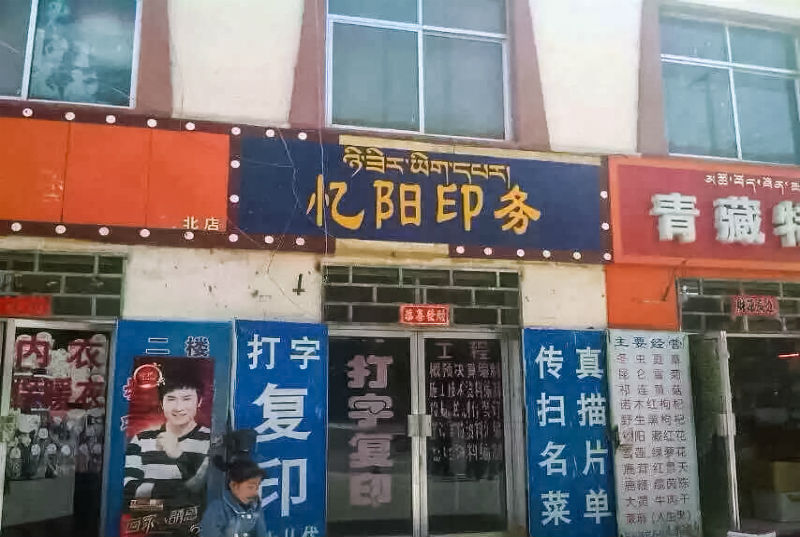 Dharamshala — A local environmental conservation effort in eastern Tibet's efforts were thwarted when a local photocopy office prohibited them from photocopying their material, sources say.

In Dashuk County a group was formed to protect the local fish in Tso Ngongbo, Amdho region of Tibet the largest lake in the county, called the Fish Protection Society. When members of the group went to Nyiser Photocopy office/printing press to create literature regarding the issue, members were not allowed make photocopies.

Phuntsok Gyatso, who currently resides in Australia and currently serves as the chairman of the Tibetan Newcastle settlement said to the Tibet Post, "In Qinghai province, the local Society for Fish protection was prohibited from making photocopies in the local printing office.

The society was founded last year, and the organization has done good work prohibiting people from illegally fishing during the winters, and cleaning the garbage from the shores of the lake during the summer times.

Unfortunately many locals and tourists have contributed to the pollution of the lake, throwing plastic and wrappers in to the lake, contaminating the water and leaving the fish population at risk.

Within Dashuk county, Nyiser Photocopy office is a large printing company in the region. Members went to the office to print their literature regarding fish protection and pollution, which is written solely in Tibetan language to most effectively reach the local community, but upon their arrival, the office's manager asked them 'do you have government approval? You have no permission to make these copies.'"

Despite being paying customers, the Society for Fish protection was not allowed to photocopy their material, and rejected from the photocopy office.