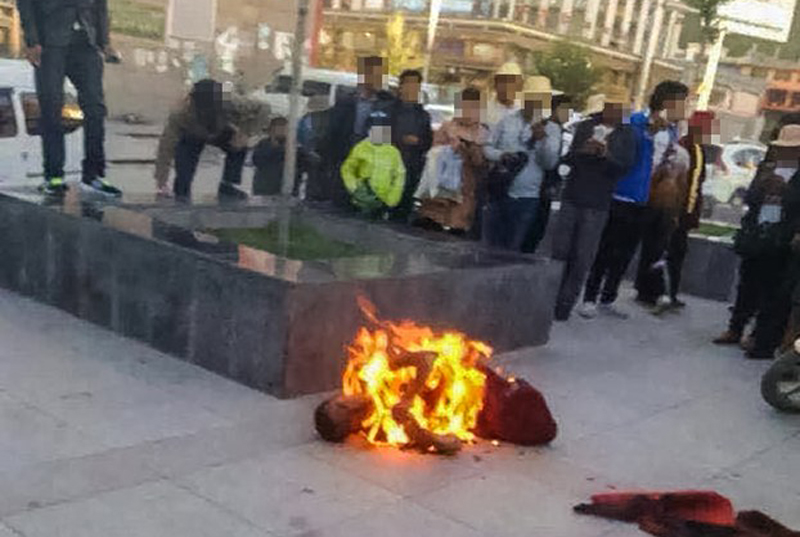 Dharamshala — Sources coming out of Tibet say, a Tibetan monk set himself on fire in Kyeggudo County of Tibet in an apparent protest against the Chinese government's repressive policies in Tibet.

The Tibetan Buddhist monk, later identified as Sonam Topgyal, a 26-year-old from Kyegudo, set himself on fire at around 6 pm on July 9, at Gesar Square, Kyegudo in Yulshul County, Eastern Tibet," Dakpa, a Tibetan from Kyegudo, currently living in Paris told The Tibet Post International on Friday.

"Local Tibetans took him to a nearby hospital in Kyegudo (Ch: Yushu Tibetan Autonomous Prefecture, Qinghai province). His current conditions and whereabouts remain unknown," he added. Topgyal is the sixth Tibetan to commit self-immolation this year.

"It is not known whether he survived or died," he said, adding "Phone and Internet communications were shut down immediately and the government deployed military, armed police, and public security forces following the protest."

This incident brought the total number of verified self-immolations in Tibet to 141, since February, 2009 and of them 120 were reportedly passed-away while the status of the rest remains unknown or critically injured.

In Tibet today, there is no freedom of speech, religion, or press and Tibetans are being arbitrarily arrested, imprisoned and tortured for merely expressing their suffering under Chinese repression

The self-immolators have called for the return of His Holiness the Dalai Lama to Tibet and freedom for Tibetans. However, some hardliners in Beijing still claim that "China 'peacefully liberated' Tibet, and that the "Tibetans are living in a Maoist socialist paradise."