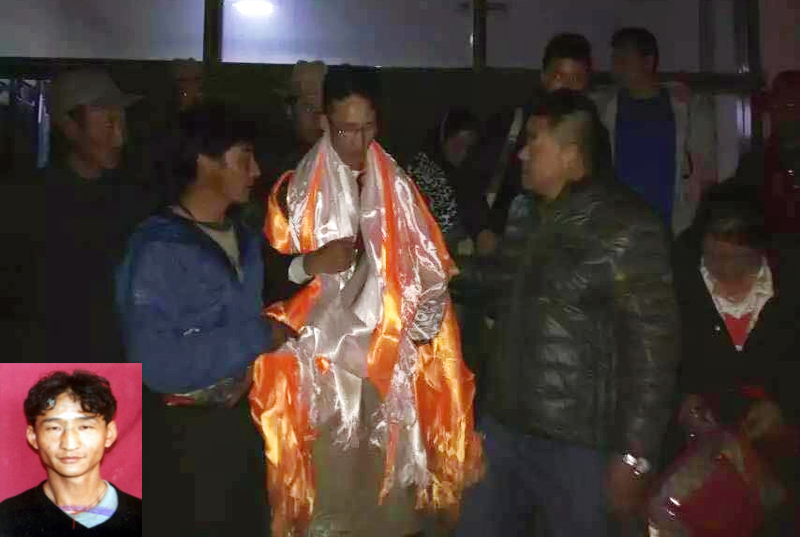 Dharamshala — According to a source inside Tibet, Chinese authorities have released a young Tibetan writer and history teacher after serving after serving ten and a half years in Chinese prison.

Dolma Kyab, 39 was released on October 8, 2015, and was warmly greeted by family members and friends, Arig Gyurmey, a Tibetan Writer living in exile told the Tibet Post International Thursday evening, citing contacts in the region.

Dolma Kyab was arrested on March 9, 2005, in Lhasa at the middle school where he was teaching history and taken to the TAR Public Security Bureau Detention Center, popularly known as Seitru in Tibetan.

After protests and riots broke out in Lhasa in March 2008, Dolma Kyab was reportedly moved from Chushul (Ch: Qushui) Prison on March 20, 2008.

He was held pending trial at Seitru on charges of "endangering state security," and on September 16, 2005, he was convicted and sentenced to 10.5 years in prison by the Lhasa People's Intermediate Court for Restless Himalayas. A subsequent appeal made by his family was rejected on November 30, 2005, and the 10.5-year sentence was upheld.

Impassioned by his interest in writing, Dolma Kyab maintained a commentary manuscript written in Chinese, entitled Sao dong de Ximalayashan (Restless Himalayas); it is comprised of 57 chapters he had written on various topics: democracy, sovereignty of Tibet, Tibet under communism, colonialism, religion and belief, etc.

Alongside this manuscript, he began writing another on the geographical aspects of Tibet, and though comparatively short, it made mention of sensitive topics, like the location and number of Chinese military camps in the Tibet Autonomous Region (TAR). His pen name is Lobsang Kelsang Gyatso.

Dolma Kyab is a writer and teacher in his native Tibet, born in 1976 in Ari Village, Qilian County, Tsochang (Ch: Haibei) Tibetan Autonomous Prefecture in Qinghai Province. He received an extensive education, having attended the local primary school and then the county middle school before joining a Teacher's Training Center in 1995 and serving as a teacher in a middle school in Qilian County.

He later continued his studies at a university in Beijing and in 2003, he traveled to India to learn English and Hindi. Dolma Kyab returned to Tibet in May 2004, where he taught history at a middle school in Lhasa.