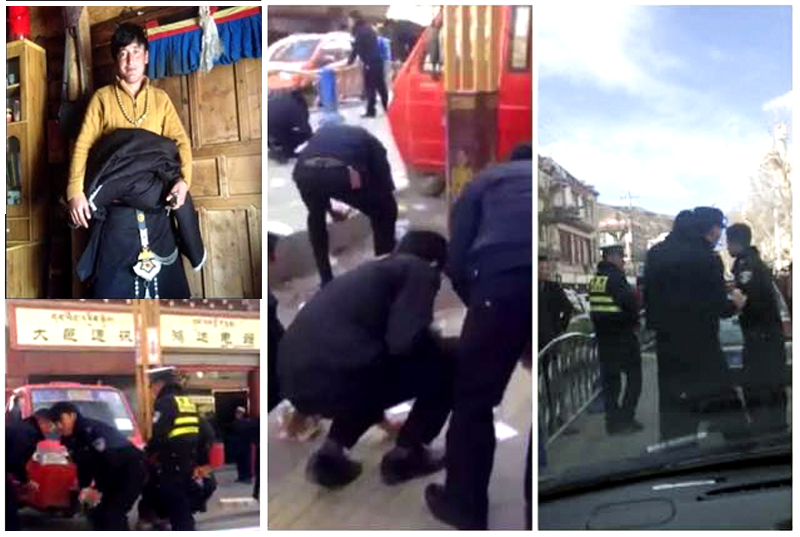 Dharamshala — Source coming out of Tibet says a Tibetan man was detained by Chinese police in Karze County of eastern Tibet after staging a lone protest calling for "long life of His Holiness the Dalai Lama".

"Sangye, a 29-year-old Tibetan was arrested by Chinese authorities following a solo protest against China's suppression of religious freedom and Tibetan culture, on November 27, 2015," a former political prisoner currently living in Belgium with close contacts in the Tibetan region told the Tibet Post International.

"Sangye staged the protest at the main market square of Karze county in traditional province of Tibet (Ch: Sichuan Province), on Friday morning." he said, adding that "the current condition and whereabouts of Sangye remain unknown."

"Sangye distributed Tibetan payers flags and shouting slogans, calling for the long life of His Holiness the Dalai Lama (Tib: Gyalwa Tenzin Gyatso Kutse Trilo Tanpar Shok). He was arrested immediately by Chinese police at the scene," the sources said, speaking on condition of anonymity.

A rare video clip smuggled out of Tibet shows the Tibetan man throwing wind horse printed prayer papers into the air symbolising peace, fortune and harmony galloping like a horse and being spread everywhere.

"He took out a protest in a show of courage and valor on a busy street of Kanze county by throwing hundreds of Wind Horse prayer flags signifying a positive energy or life force and with good luck," the source said, adding that "there is no information about his physical condition or location which has left his parents and family extremely worried."

"We are hoping for some information about his present condition. We want Sangye back in good health as he was during the protest," it further said, citing a source close to his family.

Sangye was born in a small village called Tardo, located in Kham Dzakhok township in Karze County. He is currently settled at Rab-ka village in Dhartsedho township with his wife and infant child. His father's name is Loga and mother's name is Bhochak.