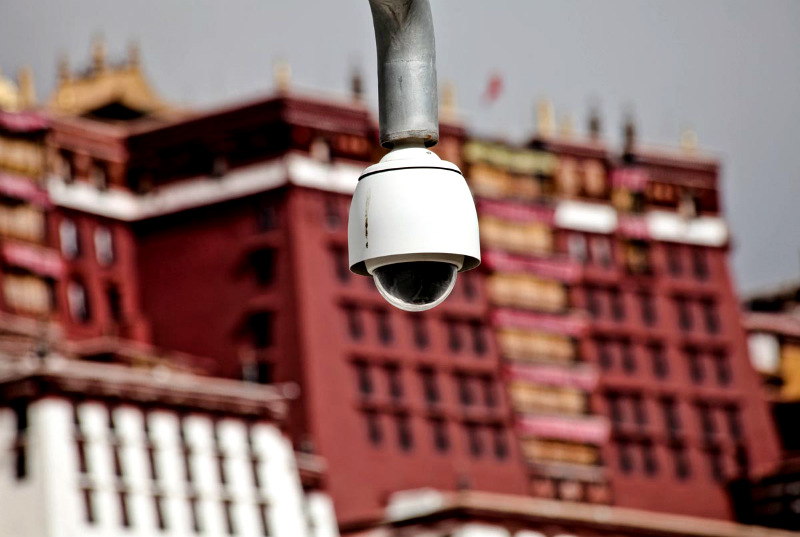 Dharamshala — An intensive government surveillance program that was due to end in 2014 appears to have been extended indefinitely, a move that Human Rights Watch (HRW) has said "signals authorities' intention to suppress any signs of dissent or criticism among Tibetans".

Launched in 2011, the scheme known as "Benefit the Masses" was initially described by state media as a way to improve rural living standards. However, research by HRW indicates that in reality it involves surveillance, political indoctrination and the suppression of freedom of speech and religion.

More than 20,000 officials and communist party personnel have been divided into teams of four or more and dispatched to over 5,000 rural villages. Along with intrusive surveillance of villagers, they carry out widespread political re-education, and establish partisan security units. The information that is collected can then potentially lead to detention or other forms of punishment.

The official slogan used to describe the objective of the teams is "all villages become fortresses, and everyone is a watchman."

The program was due to last three years and end in October 2014, however it is still in operation despite the fact there has been no public announcement about an extended timeline. It is said to be unprecedented in its scope and size, and figures from 2013 show that is has come at a cost of more than 25% of the regional government's budget, which translates to approximately 1.48 billion Yuan (approximately US$227 million) annually.

In a statement Sophie Richardson, China director at HRW, called the Chinese government's decision to extend the surveillance program as "nothing less than a continuous human rights violation," and said that permanent surveillance of Tibetans is the new normal.

"Benefit the Masses" is just one of a number of systems introduced to prevent a recurrence of the protests that spread across the Tibetan plateau in 2008 and they are key to what Beijing calls, "social stability maintenance".

Another of these systems of information gathering is known as the "Six Ones" and was introduced in November 2011 to monitor Tibetan monasteries. Under this system almost every monastery in Tibet has been placed under direct control of authorities, with government or party officials permanently stationed inside. The purpose is said to be to "ensure that monks and nuns do not take part in activities of splitting up the motherland and disturbing social order."

An even larger system was launched in 2012 and has been described in official documents as "grid" management. It involves areas being divided up into grids and each grid being monitored by a leader and patrolled by community workers, known as "Red Armband Patrols". These teams gather information on potential 'troublemakers' and have allegedly been involved in searching homes for signs of potential political dissent.

"China's surveillance scheme openly and massively infringes upon the basic rights of Tibetans protected under Chinese and international law," Ms Richardson added. "China's central and regional authorities should end the repressive aspects of this scheme immediately."