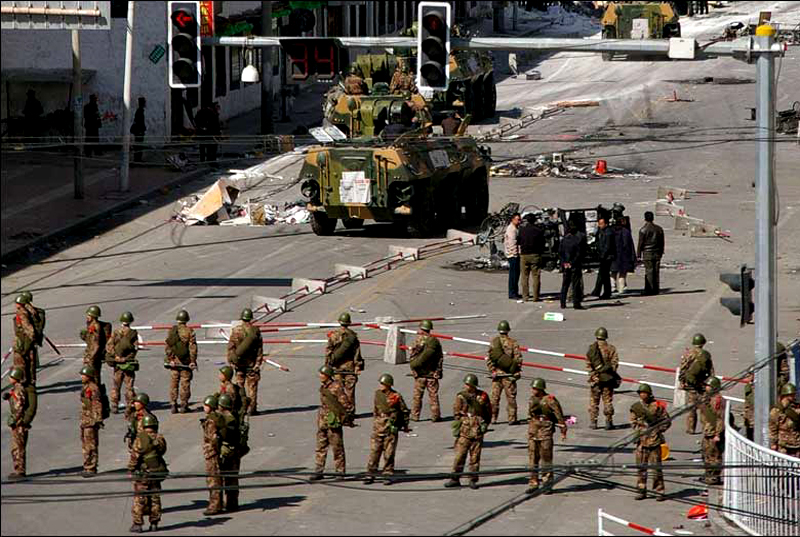 London — China will close the Tibet Autonomous Region (TAR) to all foreign travellers from 25 February, days before the anniversary of the 2008 March uprising that claimed the lives of up to 150 people and left hundreds more injured.

The announcement came through a post on the website TripAdvisor which stated that the entire region will be closed from February 25 and will reopen on 30 March. However, the reopening date has not been confirmed and based on previous years, it is likely to be around 1 April.

Authorities are said to be issuing notices to all major cities and counties that all foreign visitors must leave the region by the deadline.

Speaking to TPI, Alistair Currie of the Free Tibet campaign group said: "This closure has taken place every year recently, in fact. It's very interesting that even though there is far less protest in the TAR at the moment and China has become increasingly willing to take diplomats and foreign media there over the last two years, they're still not confident enough about the security situation to have foreigners there.

"There are also a lot of movements of security forces and enhanced security presence that don't look good in tourist reports. The default setting for China is always denying the truth - their calculation remains that it's better to face criticism for closure than risk exposure of Tibetan resistance or a state crackdown."

It could be very dangerous for any travellers or backpackers in the region to ignore the closure due to heavy surveillance and the risk of violence. "China is willing to threaten and make life uncomfortable for foreign visitors there and it would certainly be very unwise to try to stay," said Currie.

He added that it is also unlikely that the international community will comment on the closure. "The bigger issue," he said, "is closure of Tibet to the UN, international media and politicians, and human rights NGOs. Any seasonal closure to tourists is just another and relatively minor part of that. It's become quite routine for governments to call for the opening of Tibet so this is unlikely to attract specific attention."

Each year Tibetan Uprising Day is marked on 10 March. It commemorates the 1959 uprising against Beijing rule, which resulted in His Holiness the Dalai Lama leaving Lhasa for Dharamshala, India.

The day often sees a number of Tibetan independence groups organising protests or campaigns around the world to draw attention to the situation in Tibet. The day also marks the anniversary of the 2008 unrest, which saw protests, and demonstrations quickly escalate to a series of riots and violent clashes in Lhasa in the run up to the Beijing Olympics. While the number is still uncertain, rights groups estimate more than 140 people died as a result of the unrest, while Chinese authorities put the figure at 22.

Political analysts say it is not surprising to notice that this will take place in a period of anniversaries such as the Tibetan National Uprising Day. On March 15, 2008, China closes Tibet off to foreigners, particularly foreign journalists. On April 2008, over 30 people are convicted of an alleged arson, robbery and attacking government offices in connection to the March violence in Tibet. They receive prison sentences ranging from three years to life.