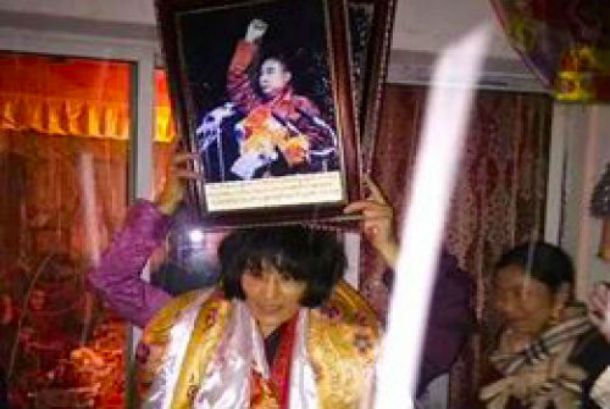 Dharamshala — Chinese authorities have released a Tibetan woman jailed for four years over her alleged involvement in a self-immolation protest in Pema County, northeastern Tibet.

"Tsedup Kyid, a 32-year-old Tibetan woman, has been released after serving a four year prison term. She was returned to her home by authorities at 11 p.m. April 5, 2017, after serving her full term in prison," Meo Kongyam, a Tibetan living in-Exile told TPI.

She was arrested in Pema (in Chinese, Banma) County, northeast Tibet on December 3, 2012, while tightly holding the charred body of Tibetan self-immolator Lobsang Gedun and shouted slogans demanding "freedom in Tibet and the return of His Holiness the Dalai Lama to Tibet".

Gedun, a 29-year-old Tibetan monk self-immolated in Golog Pema County, Amdo region of northeastern Tibet at around 7:45 pm December 3, 2012. Sources said his hands clasped in prayers as he raised slogans while engulfed in flames. He succumbed to his injuries at the site of his protest.

Tsedup Kyid was eventually sentenced to four years in prison for intentional homicide on April 5, 2013, due to their alleged role in trying to prevent Gedun's body from falling into the hands of the Chinese police and armed security personnel.

Upon her arrival in his native village, Chojema, "Tsedup Kyid received a warm welcome from over 200 local Tibetans despite stern warning from Chinese authorities against holding in such reception."

"However, Tsedup Kyid currently faces many difficulties, as she was just released from prison," he said. "Chinese authority asked her to pay an amount of ¥30,000 ($4350) bills for the medical treatment as she was hospitalized for over a year while she was in Chinese jail."

Tibetans have self-immolated in protest in Tibet since 2009, starting in Ngaba County, a focal point for political demonstrations against China's rule. Many of the initial self-immolations were carried out by Buddhist monks, but a growing number of laypeople, including nomads and farmers, have since taken part.