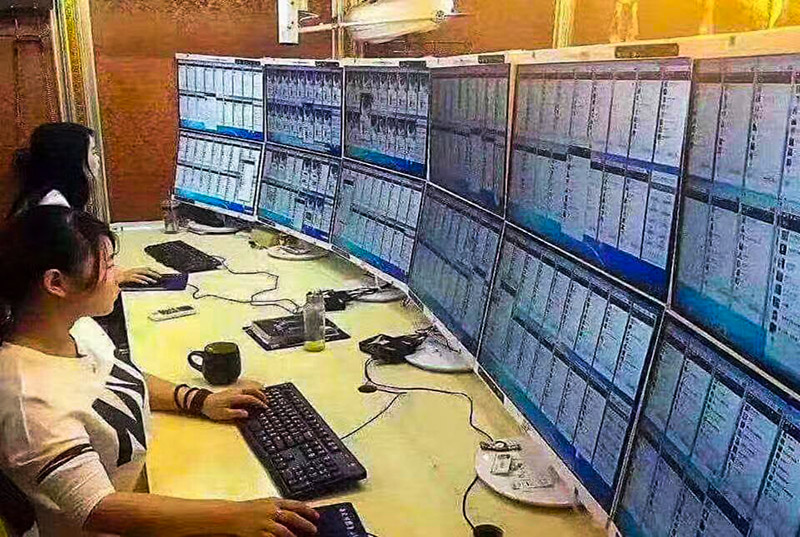 Dharamshala — Chinese authorities have apparently ramped up efforts to even further threaten freedom of information in China and Tibet, as authorities issued new regulations on Instant Social Media Networking on Thursday, September 7, warning group chat owners to take full responsibility for their activities and ordered them to: "Stay away from nine topics in online group chats" on WeChat, QQ or Baidu Tieba.

"In the past few days, many Tibetans have come into the focus of Chinese police attention, as Chinese authorities have ordered the crackdown of large parts of China made social media users in Tibet and Tibetan areas, where foreign journalists are still banned from visiting the region and where almost all Tibetan websites, blogs and forums run by Tibetans were permanently closed down," says Yeshe Choesang, editor of the Tibet Post International.

Tibetans who participated in group chats ordered to leave groups and those who having photos/texts related to Tibet or His Holiness the Dalai Lama in their mobile phones were ordered to delete them from their mobiles— an extreme and counter-productive move. Intensifying control over freedom of speech activity presents a further threat to freedom of information in Tibet with the issuance of these new rules for group chats on WeChat, QQ and others forms of social media.

After mobile tracking by Chinese authorities, Tibetans who had participated in group chats were called in to government offices and police stations and questioned about their involvements, with officials wanting to know which social media sites they had used, what software they had installed with cell phones, and with whom they had spoken. After careful investigation, police warned them, saying: "Stay away from nine topics in online group chats on WeChat, QQ or Baidu Tieba," among the apparently forbidden topics are Tibet and any sort of 'political dissidence.'

Group chats on WeChat, QQ or Baidu Tieba have become popular in recent years, not only among Chinese, but also among the Tibetan public, serving as online forums. However, Beijing is now taking action to tighten controls over the messaging apps.

The Cyberspace Administration of China (CAC) released a statement (in Chinese) on its website saying that the managers and owners of the group chats will have to be responsible for the management of the groups. Also, online chat providers must now verify the identities of the users and keep the blogs and logs of the group chats for at least six months.

Additionally, the rules also require the service providers to set up credit systems. Users who break the rules will have their credit score lowered, have their management rights suspended, and be reported to relevant government departments to keep them on file, said CAC on its website.

The new regulations will cover platforms provided by the country's internet giants and budding startups, such as Baidu's Tieba, Alibaba's Alipay chat, Tencent's WeChat and QQ, Sina's Weibo, and the group chats in the rising dating app Momo.

Self-censorship is kicking in fast on WeChat as China's new rules on message groups casts a chill among the 963 million users of Tencent Holdings Ltd.'s social network.

Regulations released Sept. 7 made creators of online groups responsible for managing information within their forums and the behavior of members. The prospect of punishment for the actions of others has led many administrators to disband groups while others circulate self-imposed rules discouraging the spreading of rumors or unauthorized information about Hong Kong and Taiwan. Some are turning to alternatives, such as encrypted messaging apps, to avoid government scrutiny. The regulations are the latest in a series of moves carried out by authorities, as China ramps up for the politically sensitive period of the 19th Communist Party congress.

As a follow-up to the new set of regulations (in Chinese) on online groups unveiled by the Cyberspace Administration of China (CAC) last week, the country's Public Security Bureau issued an urgent warning (in Chinese) on September 11, declaring that online discussions on WeChat, the all-encompassing and most popular messaging platform in China, are subject to the new rules, and that a few group chat administrators had been detained as punishment.

In the statement, the police department reiterated the core message of the regulations that all group chat members, especially organizers and administrators, should be responsible for their comments in cyberspace. In addition, the police listed nine taboo topics that every online chat group user should steer clear of. What the most surprising thing about the new regulation is that Tibet considered as China's so called "most sensitive area", is excluded among the nine topics.

Following are the banned topics in China, include Tibet, South Mongolia, East Turkestan and Manchuria:

The Chinese authorities also warned many across China, including Tibet and Tibetan areas. In one instance, many Tibetans from Qinghai and Sichuan Provinces, claiming discontented with being caught while investigating, spread insulting content against the police and consequently were held in detention for five days for creating a disturbance. In another instance, some local residents in the city of Qianjiang, in Hubei Province, were criticized and educated by the local police after being found circulating petitions in a WeChat group to oppose a local government's project. Although the group's owner wasn't involved in the dissemination of protest posts, he was approached by the police for not promptly stopping the group members' acts of expressing inappropriate content.