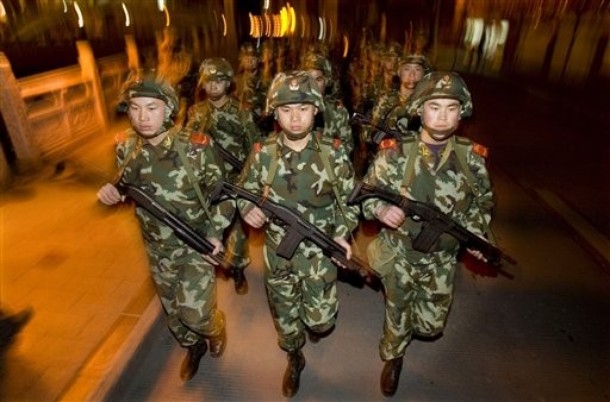 Dharamshala: On 22nd of March, dozens of primary school students aged 11 to 15, staged a demonstration against Chinese rule in Eastern Tibet, resulting in the arrest of up to 20 students.

Ngawang Tharpa, a Tibetan from Sog County currently living in exile, revealed the news today in a letter to The Tibet Post International.

The students from Centre Primary School in Tsala Township, Driru County, protested Chinese occupation of Tibet, shouting slogans such as "Free Tibet!", "Chinese out of Tibet!", and "Let His Holiness come back to Tibet!".

Student protesters were quickly surrounded by armed Chinese police and security personnel, and up to twenty of the young protesters were arrested. Many of the children's parents were also taken for interrogation. Further details of the protest and subsequent crackdown remain unclear.

The names of those arrested include: Thupten Jongney, Thupten Wangchuk, Norbu Jongney, Norbu Tenzin, Thegchok Gyatso, Rinchen Phuntsok, Yeten Lhundup and Tseten Dorjee. The names of the many others are unknown.

The situation in Tsala township remains extremely tense, with a heavily armed police presence still on display to deter any further revolt.

There are currently no details of the whereabouts or conditions of the students arrested, or of the parents who were interrogated.