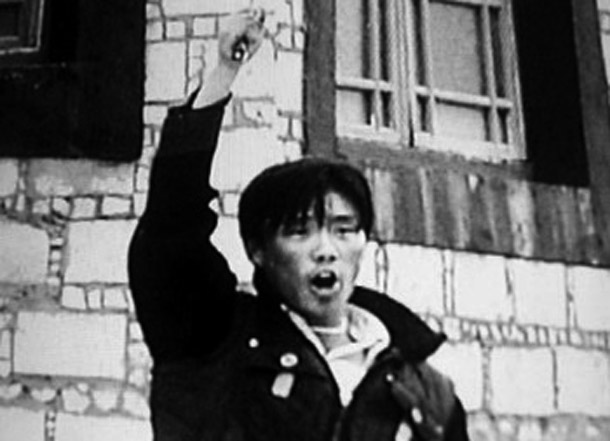 Dharamshala: Lhasa Intermediate People's Court sentenced a Tibetan, Sonam Tsering, to death with two years reprieve and five other Tibetans to lengthy imprisonment terms between 3 to 7 years in prison for secretly hiding him from the law enforcement agencies.

According to so called Lhasa Evening News; Sonam received his sentence on May 25th under article 289 and 263 while the other five Tibetans (Tashi Choedon, Kelyon, Yeshi Tsomo, Tayang, Tsewang Gyurmey) to imprisonment terms between 3 to 7 years under Article 310 of the Criminal Law of the People's Republic of China. The official media reported that Sonam was charged of rioting and inciting the public to riot on 14 March 2008. He undertook leadership role in inciting hundreds of people in rioting by setting cars and shops on fire and overturning police vehicles. He was reported to have wielded a knife in the air and loudly shouted anti government slogans atop a police vehicle. A damage of around 40 million Yuan has been done due to the rioting. The other five Tibetans were charged of sheltering Sonam from the police.

Tsering, currently 23 years old, was born to Tsering Samdup (father) and Yangkyi (mother) in a semi nomadic family in Rachap Township, Payul County, Kardze "Tibetan Autonomous Prefecture", Sichuan. In late 2007 Sonam arrived in Lhasa on pilgrimage and stayed back. When popular protest broke out in Lhasa in March 2008, he took active participation in it. Sonam was arrested in mid October 2009, 17 months after the Uprising in Lhasa.

With the passing of the death sentence on Tsering, a total of seven Tibetans have been given the capital punishment and two the death sentence. Around 450 Tibetans have been given various imprisonment terms for their participation in the pan-Tibet spring uprising against the government of People's Republic of China. The spontaneous protest by the Tibetans in venting out a built up resentment over decades of flawed policies by the government has been dealt with iron-fisted crackdown by the government and its various law enforcement and judicial agencies. The government and its propaganda department have been repeatedly painting the popular Tibetan uprising with an image of criminal activities to the international community.