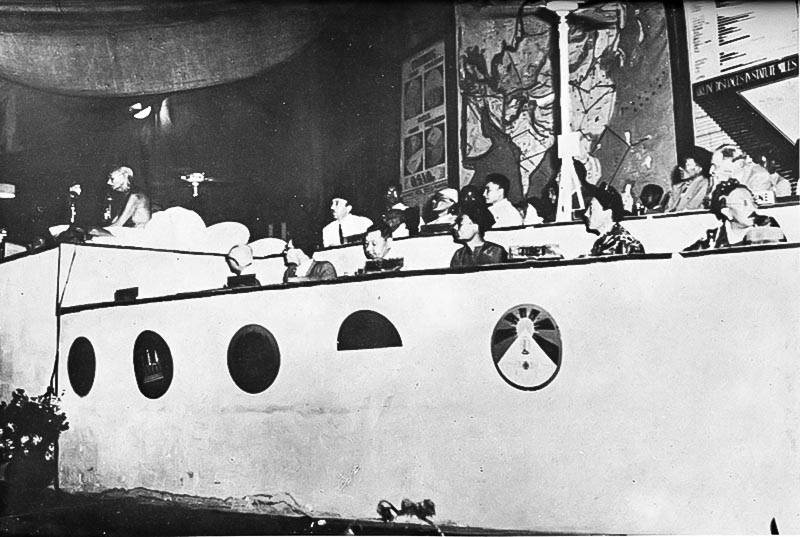 Dharamshala, May 15th, 2014: - This July marks 100 years of signing the Simla Accord (also known as the Convention Between Great Britain, China, and Tibet, [in] Simla) in 1914 between Great Britain, China, and Tibet where the status of Tibet was negotiated by representatives of these three nations. When we discuss this history part of history, we must remember the 13th Dalai Lama of Tibet, Thubten Gyatso, who achieved great accomplishments in maintaining the political and spiritual supremacy of independent Tibet.

With the invasion of the British and Manchu troops into Tibet in 1904 and 1910 respectively, he was compelled to flee to China and the British protectorate in India. Subsequently, he was invited to Calcutta by the then British Viceory, Lord Minto, after spending two years in Darjeeling, and this helped to improve the relationship between Tibet and Britain considerably.

In 1911, a revolution broke out in China. The pay and supplies of the Chinese troops in Tibet were cut off, as a result of which they revolted against their officers. In 1912 the Tibetans drove the remnants of the Chinese, along with the Ambans (ambassadors), out of the Tibet. The 13th Dalai Lama returned to Tibet in 1913, after the departure of the last Chinese. It was then that he entered Lhasa and issued a declaration stating that Tibet was an independent state.

In 2012, the Central Tibetan administration also commemorated the centenary of the 13th Dalai Lama's return to Tibet and declaration of Tibet's independence in 1912. During the reign of the 13th Dalai Lama from 1912 to 1951, Tibet entered into a number of international, including the Simla Accord, and the six million strong population of Tibet lived in peace and prosperity.

The government of Tibet signed a convention with the British government in 1904 when the 13th Dalai Lama was forced to flee to Mongolia, as British troops advanced to Lhasa, the capital of Tibet. In his absence the convention was signed by the Regent, using the Dalai Lama's seal, and also sealed by the Cabinet, the National Assembly.

Tibet in fact, had made a formal international agreement as a sovereign power. It confirmed the boundary and trading rights, and among other things, it undertook that no foreign power should be allowed to intervene in Tibet's affairs without the consent of the British government. This document effectively converted Tibet into a British protectorate. China had no mention in this convention, and it must be assumed that China was included in the other unspecified foreign powers. After signing this Convention, the British forces left Tibet and never threatened Tibet again.

At the time of signing the Simla Accord, the Tibetan people had driven all the Chinese officials out of their territory. However, this agreement came at a time when the Qing dynasty had just fallen and Tibet had just declared their status as an independent, sovereign state.

In recent decades, many Chinese officials, led by the Chinese Communist officials have pointed towards history in order to justify their claims of sovereignty over Tibet. However, when compared with historical facts, their arguments tend to fall flat.

The Chinese Communist Party (CCP) and its supporters generally look to the Qing's dynasty (1644 to 1911) as a period where they believe the Qing Emperor had sovereignty over Tibet to justify their current sovereignty. However the Qing dynasty never had sovereignty over Tibet during this period. What they exercised instead was closer to suzerainty, with Tibet having its own degree of independence and managing its own affairs.

It is recorded that during the Qing dynasty's rule, the Tibetans were better treated than the Han Chinese population. Tibetan religious leaders were revered by the Qing emperors since many Manchus practiced Tibetan Buddhism. In contrast, the Chinese were made to submit to the Manchu rulers and assimilate and adhere to the Manchu culture.

For example, once the Manchus took power within China, they forced every Chinese male to shave their head except for the hair on the very back of the head which was tied into a pony tail. This was a Manchu nomadic hairstyle known as the "queue" that was supposed to represent the tail of a horse. If a Chinese male decided not to shave his head and wear this hairstyle, he would be beheaded. A popular saying during this hairstyle enforcement was "Lose the hair, keep the head. Keep the hair, lose the head."

Today a part of Manchuria is occupied by China. If the Qing dynasty represented China, then how does the CCP define those people, including Zheng Chenggong who fought against the Manchu-Mongols? If the Qings represented China, then the claims are definitely baseless because they fought against a Chinese Dynasty, and despite that the Chinese today still define Zheng Chenggong as a national hero, even though he was half Japanese.

There is yet another reason why many feel that the CCP's argument using history for its justification for sovereignty over Tibet is absurd; the inhumane CCP leaders, also known as 'Monsters in the Tunic Suit' do not represent the Chinese people since they allow no true representation. Therefore, it is completely baseless for them to claim the achievements of the Chinese people in the past and to look to claim the sovereignty of the rulers they once despised, when they themselves have killed so many of these people, and also shunned and destroyed Chinese history during the Cultural Revolution headed by Mao Zedong, the then Chairman of the Communist Party of China, which lasted for nearly a decade, since its inception in 1966.

Since the Chinese occupation of Tibet in 1949, a staggering number of 1.2 million people have either been killed or disappeared. During this period, and particularly during Mao's Cultural Revolution, more than 6000 monasteries and temples have been demolished and destroyed. A large number of relics and cultural antiques and relics have since missing ever since. Since 2009, more than 130 Tibetans, primarily comprising of the Tibetan youth, have resorted to self immolation as a form on non violent protest against the dreadful atrocities committed by the Communist government of China. These instances have been reported from not only provinces in Chinese occupied Tibet, but from India and Nepal as well.