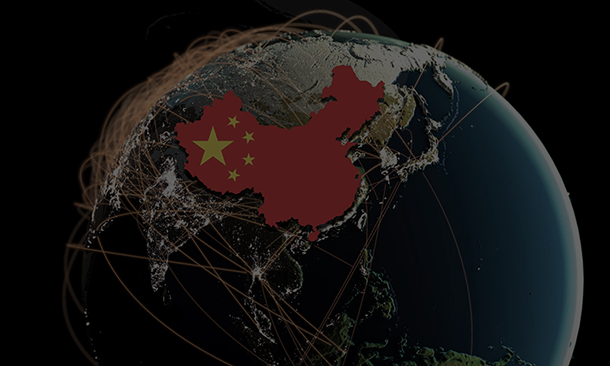 Shortly after the Chinese national anthem played to a small Toronto audience, a panel took to the stage and praised China for the “support and help” it has given to Tibet.

Considering the well-documented human rights abuses committed by China, it was an unusual statement to be made at the launch of an organisation calling itself the Tibetan Association of Canada.

Copies of these letters were shared on social media and they appear to be signed by Mr Tredeau and written on headed paper from the Prime Minister’s office.

It was a major endorsement for the group which had been formed to offer support to the approximately 8,000 Tibetans who live in Toronto.

But there was a problem – the letters were fake.

Shortly after the Chinese news story had been published, the Canadian Prime Minister’s office denied writing the letter and Amreet Kaur, a spokesman for Mr Trudeau told The Globe and Mail: “A letter of greeting was not sent by the Prime Minister to the Tibetan Association of Canada. Our office is looking into this matter further.”

It is unclear who created the forgeries but the advocacy group, International Campaign for Tibet (ICT), claims the most likely suspect is the Chinese government.

The president of ICT, Matteo Mecacci, said: “The forging of the state leaders’ letters should worry people not only because it is criminal, but because it is part of a larger strategy aimed at stifling any dissenting opinion.

“After years when the free world has deceived itself by thinking China would gradually liberalise its institutions and society, we now see an awakening and realisation of the dangers that the rise of a powerful dictatorial regime can bring not only to its citizens, but also to the entire world.”

ICT claims the audience at the launch event was made up of Tibetans who are all known to be involved with China’s United Front Work Department (UFWD), as well as Chinese consulates in New York and Canada.

Several of the attendees were also spotted at an event for another organisation in New York in February, this time under the name Tibetan Association of North America - American Tibetan groups quickly declared that the association does not represent them. In 2017, an investigation by the Financial Times uncovered a UFWD training manual that calls on employees to “unite all forces that can be united” around the world and to be ruthless to those who can’t by building a “Great Wall” against “enemy forces abroad”.

“The United Front is a big magic weapon which can rid us of 10,000 problems in order to seize victory,” adds another passage, according to the publication.

A further investigation by US think-tank, the Hoover Institute, explains that the UFWD is part of “a systematic program designed to target and exploit overseas Chinese communities as a means of furthering its own political, economic, and security interests”.

It goes on to outline how its aims include gaining support for the Chinese Community Party (CCP) overseas, isolating communities it believes to be hostile – such as exiled Tibetans – and monitoring ethnic minorities.

Mr Mecacci continued: “Most Westerners are only vaguely aware of what’s happening in Tibet. By creating fake Tibetan groups that pretend to represent the voices of the Tibetan people but actually parrot Chinese government talking points, China is hoping to co-opt the popularity of Tibetan culture and to fool Westerners into believing its lies about Tibet.

“This is a naked attempt by China to deceive Canadians and Americans and must be exposed for what it is.

“Similarly, the actions of these groups will be used for domestic propaganda in China with the goal of making the Chinese public believe Tibetans abroad are supportive of Beijing’s policies in Tibet.”

The associations are the latest development in a much larger campaign that has been underway for more than a decade, with the aim of making the world see Tibet the way China wants it to – as a happy nation that belongs to them.

The country that has been most susceptible to this has been Tibet’s Himalayan neighbour, Nepal.

Once seen by Tibetans fleeing the Chinese occupation as a safe haven, Nepal has given in to a massive charm offensive from Beijing which has included millions of dollars of infrastructure investment, humanitarian aid and even cultural lessons.

In return they expect the Nepalese government to help stem the flow of Tibetans crossing the border in search of freedom in places such as India, Canada, Germany and Sweden.

So far, it has worked – the Nepali Police have helped detain many who have tried to make their way to the Indian border, and China’s wider crackdown has caused the number fleeing Tibet to plummet from around 3,000 annually to about 100 last year.

The 20,000 Tibetans who have already settled in Nepal face an uncertain future. Many have been detained for celebrating key Tibetan dates and for peacefully protesting China’s treatment of their country while others have faced threats of deportation, putting them in danger of arbitrary detention or even torture.

In May, the authorities even began investigating three Nepali journalists for circulating a news item on the Dalai Lama.

Europe has also caved to many of China’s demands. Since 2010 the British government has been determined to appease China for economic benefits and with the uncertainty of Brexit looming, this will only get worse.

During a 2015 state visit by China’s President Xi Jinping, British police arrested several Tibetans for protesting peacefully and in 2012 ministers were ordered by former Prime Minister David Cameron not to meet with the Dalai Lama due to “economic negotiations”.

The ministers wrote back to the PM saying this was “tantamount to saying that British foreign policy on Tibet is whatever China wants it to be”.

The Swedish government has been less willing to ignore the plight of the Tibetans, prompting the Chinese to take a more discreet approach.

In 2018, Swedish authorities announced they had brought criminal charges against a Tibetan who was found to be spying on the exiled community on behalf of the Chinese government. The Swedish state prosecutor Mats Ljungqvist described the Chinese government as a “totalitarian regime” and told a Swedish newspaper that “people who have escaped to Sweden from totalitarian regimes must feel safe to enjoy their basic freedoms”.

“Everywhere that Tibetans are settled—Brussels, Britain, Zurich or New York—it is known that the Chinese authorities are working behind the scenes, making threats, spreading suspicion, and damaging the lives of families back in Tibet related to those in exile.”

He added: “For decades the Tibetan cause has attracted sympathetic supporters around the world, but since the economic crisis that hit the western world in 2008, governments have started to lower their voice in demanding the respect of basic human rights for the Tibetan people, heeding to Chinese economic and political influence.

“This short-sighted behaviour by Western governments has only encouraged China to become more aggressive, whether on trade and economic issues—for example, ramping up intellectual property theft—or through increasing their foreign influence operations, by establishing Confucius Institutes or expanding their network of state-controlled media all over the world.”