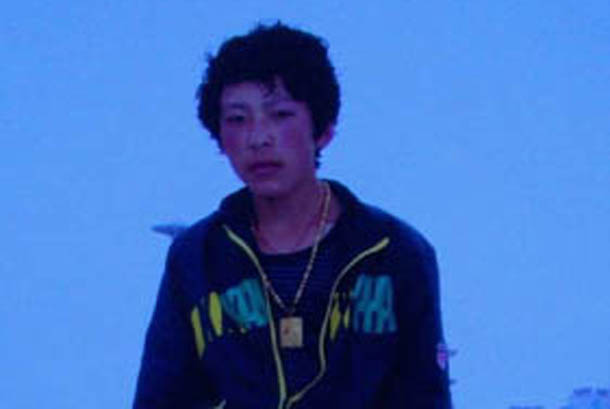 Dharamshala: - In the latest in a series of protests against Chinese rule, two Tibetan youth, including a Buddhist nun have set themselves ablaze in north-eastern Tibet’s traditional Amdho Province (Chinese: Qinghai Province), taking the total self-immolations to 22 in this month alone, latest sources in the region said.

Sangye Dolma, around 17 from Gonshul Nunnery in Rebkong county died after setting herself ablaze on Sunday, 25 November (Around 7pm local Time) at the Chinese official building in Dhokarmo township of Tsekhog region of Rebgong.

The sources said that all local Tibetans and monks were gathered at the nunnery to pay their last respects to Sangye Dolma and offered traditional white scarfs to her body."

local Tibetans attended her cremation the same evening. The Nunnery has over 100 nuns, currently doing their traditional ritual offerings and prayers for Dolma, the sources further said.

Another Tibetan called Konchok Tsering, an 18-year old young man died after setting himself ablaze on Monday (26 November) at a mining area in Amchok county, north-eastern Tibet’s traditional Amdo Province, apparently in protest against the Chinese brutal rule over the Tibetan soil ‘Tibet, according to sources coming out of Tibet.

The sources further said that all local Tibetans and monks were gathered at his home to pay their last respects to Konchok and offered traditional white scarfs to his body. He is survived by his wife, a 19-year old Tibetan girl.

The latest self-immolation incidents have pushed the total number to 84, including eight in a week and 22 within this month alone.

Meanwhile, the situation in Rebkong and Malho areas in Amdho region of north-eastern Tibet is reportedly becoming more critical as tense in recent days after the Chinese authorities had imposed heavy restrictions on the local Tibetans; including banning local and monks from offering condolences and prayers for those who have died in self-immolation protests.

Sources said, large numbers of armed Chinese police and paramilitary forces as well as Chinese propaganda teams being increasingly deployed in the region and surrounding areas.