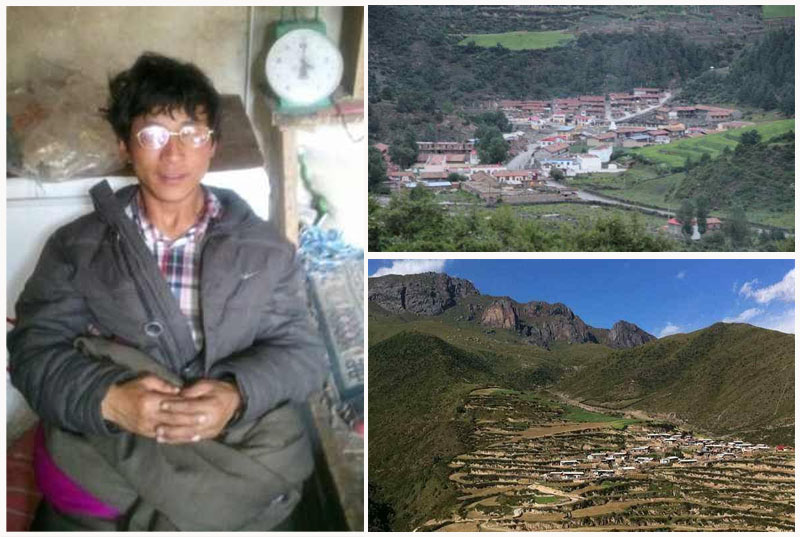 Dharamshala: – Over Thousand local Tibetans and the monks from Taktsang Lhamo Kirti monastery have gathered Wednesday night, (at around 10 pm Local Time) to Kalsang Khyab's home to offer their prayers and last respects for the deceased protester who sacrificed his life for the cause of Tibet, according to sources inside Tibet.

During the day (Wednesday) Over 40 monks from Taktsang Lhamo Kirti monastery and more than 1000 local people, mainly from the Goeshoka area where Kalsang Kyab lived, gathered to present traditional white scarves (Tibetan: Khata) to his remains. They also presented offerings for the lighting of butter lamps in his honour, in solidarity with his bereaved family members, and a special prayer service was held.

The photo of Kelsang Khyab received after his self-immolation protest, the second photo is Changtsa township, where his protest took place and the third is his native village called Dhowa Mege.

Since Wednesday morning, 200 or more Armed Police and Public Security officers have been deployed in Goeshoka township, and an Armed Police truck stationed on the mountaintop overlooking the village, and two more trucks in neighbouring village areas," Ven Losang Yeshe and Kanyag Tsering from Kirti monastery in exile told The Tibet Post International (TPI).

"Internet service in the area has been suspended," Ven Losang Yeshe and Kanyag Tsering from Kirti monastery in exile added. Chinese authorities have put a heavy restrictions on Tibetans and initiated measures to cut off internet services in Tibet, targeting the ongoing tragic series of self-immolation incidents.

The following testament by Kelsang Khyab has been read to us by telephone and put into writing:

"Greetings to my dear brothers and sisters, and especially my parents, the kindest of all in this world. I am setting myself on fire for the sake of Tibet. 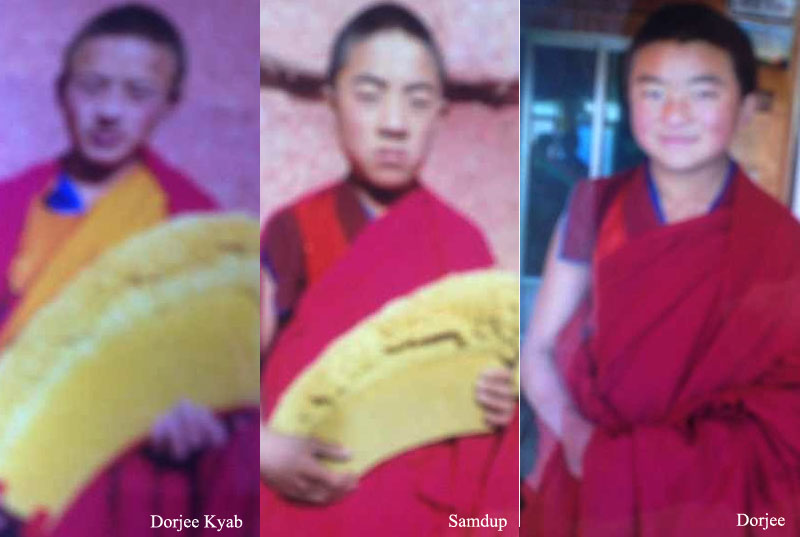 The long life of His Holiness the Dalai Lama must be assured. It is my wish that the sun of happiness may rise on the land of Tibet."

The photos of Dorjee, Samdup and Dorjee Khyab have just been received by Kirti monastery in exile on 28 November.

These three committed a self-immolation protest in Gomang township in Ngaba county on November 7th. Dorjee died at the site of the protest, and the fate of the other two, who were taken from the site by Chinese security forces, is still unknown.