On March 10 1959, thousands of Tibetans took to the streets of Lhasa to protest against Chinese occupation of Tibet. As protests intensified, the Chinese troops responded with brutal force, killing thousands of Tibetans. This led to a full scale Tibetan uprising across Lhasa and other parts of Tibet.

Tibetan martyrs who took part in the Tibetan National Uprising protests need to be respected for their courage, and should be forever remembered in our history.

For more than past six decades, the Chinese totalitarian regime has done everything in its power to divide Tibetans and confuse the international community about the Tibetan issue. Tibetans from all walks of life have made great sacrifices, even giving up their precious life, to restore Tibet’s freedom.

To this day Tibet remains an independent state under illegal occupation. This timeline takes you through key events in Tibet's recent history, including China's 1950 invasion, the Tibetan Uprising of 1959 and the intense protests in 2008. 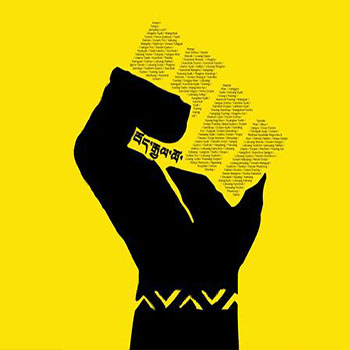