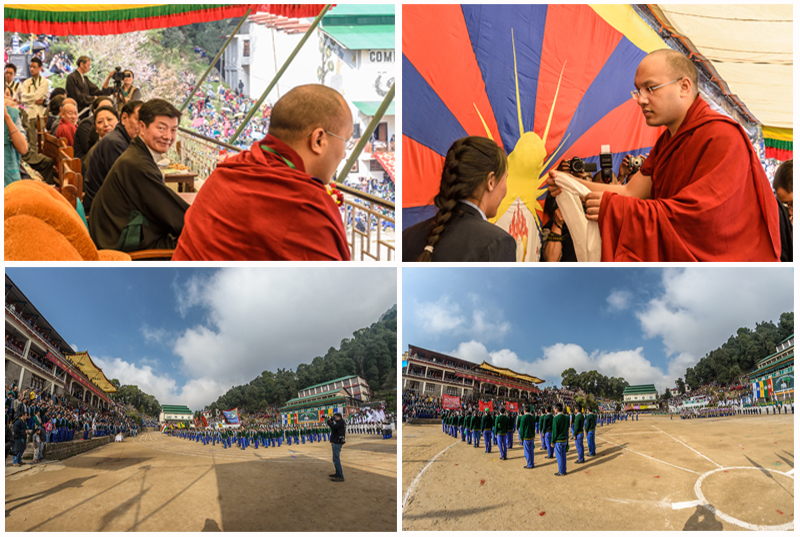 Dharamshala: - Over a thousand people gathered at the The Tibetan Children's Village (TCV) ground on October 23 to commemorate the 53rd anniversary of the school.

In his address, Sikyong Dr Lobsang Sangay reiterated that education for Tibetans remains his administration's number one priority, as per the wishes of His Holiness the Dalai Lama.

Sikyong urged the Tibetan students to pursue excellence in studies. "It is time for us to bring out excellence, not just degrees," he said, adding his administration is "providing scholarships, funding to bring out more intellectuals and students should grab the opportunity."

In his address, Mr Penpa Tsering, Speaker of the Tibetan Parliament-in exile, spoke about the development of the TCV School. "During the difficult times in the early 1960s, the parents of most of these children used to work in road constructions in India," he said.

However he added that "a great development which was continued by the efforts of His Holiness' sisters, late Tsering Dolma and Jetsun Pema to serve the Tibetan community".

Founded in 1960, with its head office in Dharamshala, the exile seat of His Holiness the Dalai Lama and the Central Tibetan Administration, TCV has branches ranging from Ladakh in northern India to Bylakuppe in the south, with over 16,726 children under its care.