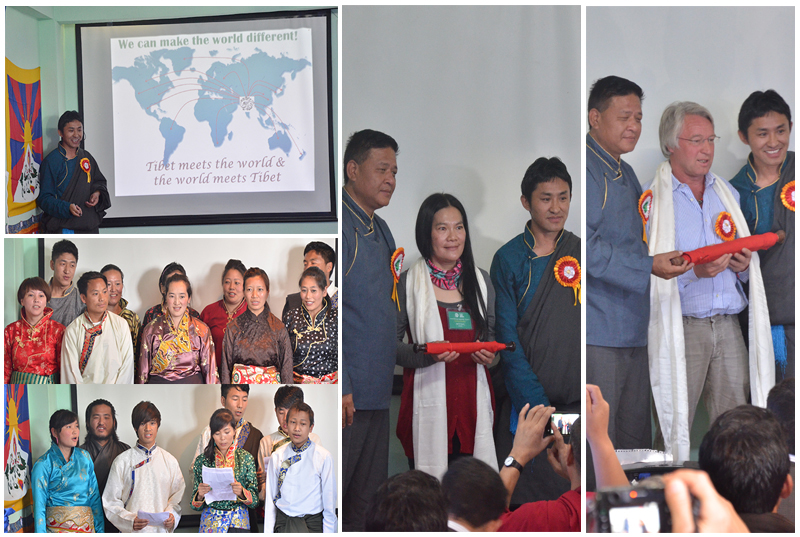 Dharamshala: On October 19 of this year, the Dharamshala-based organization Tibet World celebrated its Inauguration Ceremony.

Dharamshala: On October 19 of this year, the Dharamshala-based organization Tibet World celebrated its Inauguration Ceremony.

Domestic and international guests – including students, volunteers, members of Tibetan parliament, representatives from other NGOs, and Tibet World's global friends – united at the organization's headquarters to commemorate the exciting occasion.

Notable among these were the Honourable Speaker of the Tibetan Parliament Mr. Penpa Tsering, President of Tibet Kalaish House Mr. Wilfried Pfeffer, and his secretary Ms. Gundi.

The ceremony commenced at 9.30am with the singing of the Tibetan National Anthem, after which Chief Guest Tsering and Special Guest Pfeffer lit a butter lamp.

The following festivities included presentations by various speakers, students' singing in French, German, Chinese, English, and Tibetan, as well as refreshments for the attendees. According to sources from Tibet World, guests left the joyous event excited for the future of this organization.

Mr. Tsering wished the best for Tibet World in his speech, expressing that training Tibetans with self-reliance is a bright idea. He also supported the organization's motto, "Tibet meets the world, the world meets Tibet" as a notion worthy of praise.

Yeshe Lhundup founded Tibet World with the desire to "train Tibetans to be a role model of compassionate people in the world and to make Tibet a zone  of peace. We have preserved Tibetan culture as well as making a greener world through our Himalayan planting projects."

In the past 9 months, over 50 international volunteers and 230 students have collaborated with the association to further its projects.
These include intercultural exchange programs as well as education and training in fields such as language, career development, and the environment. These resources help further Tibetans' abilities to develop sustainable livelihoods and embrace and express Tibetan culture.