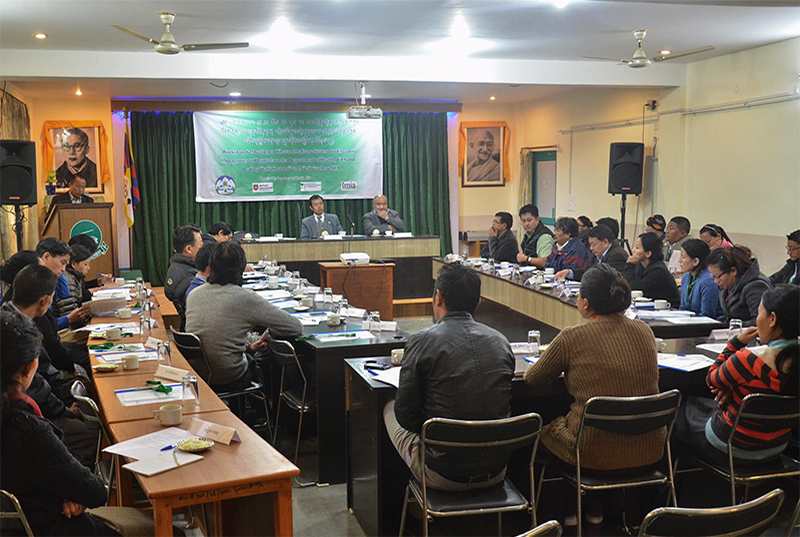 Dharamshala: – Every year on December 1st, Tibetans join the global community in commemorating World AIDS Day to unite in a struggle against the HIV/AIDS virus.

Dr Wangchuk's statement further notes the Tibet Autonomous Region itself has reported over 300 cases of HIV/AIDS.

He attributes this high number to a variety of causes, including the "Beijing government's lackluster approach towards the HIV/AIDS problem, poor healthcare infrastructure in Tibet, presence of large number of China's HIV/AIDS victims and a large flow of Chinese tourists in Tibet through the Gormo-Lhasa Railway since 2006." Global health estimates approximate 35 million people live with the virus worldwide.

These programs include the promotion of condom use to prevent the virus' transmission, HIV testing, and support for those living with the virus.

Tibetans, like anyone else, can contract HIV. Early diagnosis is important in ensuring effective treatment. Dr Wangchuk emphasizes that modern treatments for HIV/AIDS allow individuals with the virus to live long and productive lives.

He further notes, "We need to treat people living with HIV with respect and empathy. We should not discriminate against them and we need to stop stigmatization. You could have the virus! It is very important for everyone to know his or her HIV status by testing for HIV."