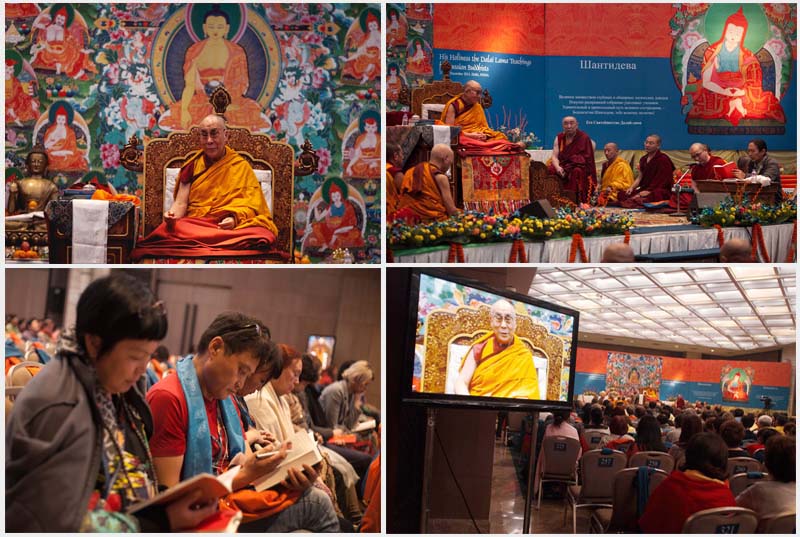 Dharamshala: - The Library of Tibetan Works and Archives (LTWA) hosted a felicitation program today in honor of Professor Parmananda Sharma, a loyal Tibet supporter and a member of the governing body of LTWA, for his literary and academic achievements.

In his opening remarks, Geshe Lhakdor, director of LTWA, spoke about Prof Sharma's immense contribution towards the literary and academic field. He expressed his pleasure saying, "LTWA is proud to rejoice at the achievements of Professor Sharma and for the contribution he has made to the further growth and development of the library."

Professor Samdhong Rinpoche spoke about the importance of academic and literary pursuits in life. He said Dharamashala should nurture intellectuals and encourage more people to pursue literary and academic achievements.

In his keynote address, Professor Furqan Qamar, Vice-Chancellor of the Central University of Himachal Pradesh, spoke about passion and determination in life. He stated that "Passion is the guiding light that drives us to develop ourselves and the institutions that we represent."

He also added that Dharamshala is a rich cultural destination due to the presence of His Holiness the Dalai Lama and many other noted Indian artists and intellectuals.

Professor Sharma, in his address, said that he is humbled by the recognition accorded to him by the LTWA. He said he is blessed to have contributed to the large repository of knowledge that LTWA is associated with.
The event also included an exhibition of the various books authored by Sharma and the release of his latest work: a Hindi translation of "The Good Heart" by His Holiness the Dalai Lama.

Professor Parmanada Sharma is a writer, poet and former principal of Government College in Dharamshala. His extensive writings in various academic fields have been published and well received all over the country. He was also selected by His Holiness the Dalai Lama as a member of the governing body of LTWA since 1987.