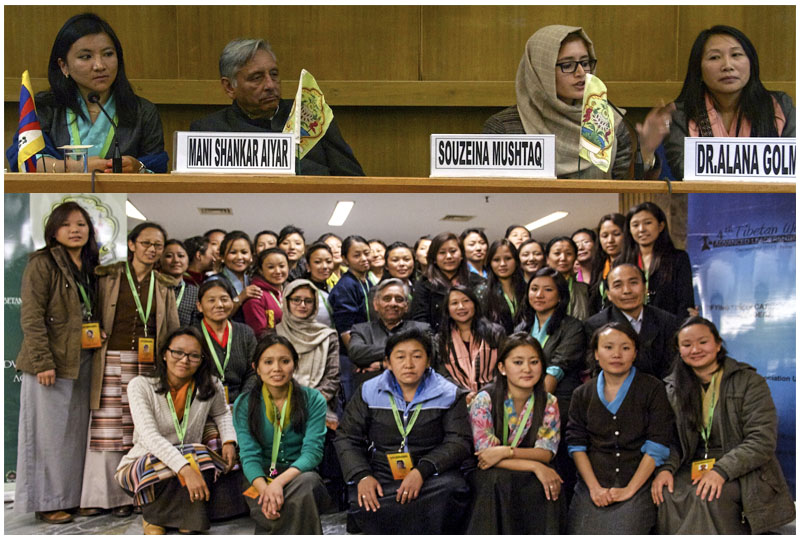 A panel discussion titled 'Role of Women in Peace-building, Reconciliation and ensuring Accountability,' marked the culmination of the training organized by Tibetan Women's Association. 38 Tibetan women from across India converged in the Indian capital from December 25 to 31 for 7 days of 'identifying, inculcating and implementing leadership skills.'

Moderated by Dhardon Sharling, the 2-hour discussion established a substantive dialogue to identify the impediments and opportunities for women, to consider lessons learned and build on best practices and ways forward for bolstering women's role in securing peace, reconciliation and accountability, across the globe particularly in Tibet, Burma, India and Syria.

As a part of the training, on December 26, the trainees staged a lobby campaign that was successful in getting Indian leaders and advocates of India's Supreme Court to sign the petition urging the Spanish Government and the European Union to stand up for Tibet and to maintain judicial independence of Tibet lawsuit from political interference.

On December 30, the trainees undertook an outdoor project titled 'Rebuilding Lives,' wherein they visited three relief camps in Uttar Pradesh. Besides engaging in relief work catering to women and children victims of the recent riots in Muzaffarnagar, the trainees filed a photo-story narrating the pressing social issues facing the inhabitants of the relief camps.

"I think this is one program every Tibetan woman should be a part of, once in her lifetime. It gave me a life-changing experience," said Tenzin Lhadon, M.Phil student in JNU, Delhi.

"TWA's leadership program is intense and challenging as it sets out to mold us, young women as future leaders,"- said Nyima Choezom, executive member of TYC Centrex.

"This year we focused more on strategies including strategic communications and leadership strategy and execution," said Nyima Lhamo, General Secretary of TWA.

"The training designed to empower Tibetan women on the leadership front focuses on bolstering female representation in the political and social arena of the exile Diaspora," said Ms. Tashi Dolma, President of TWA.