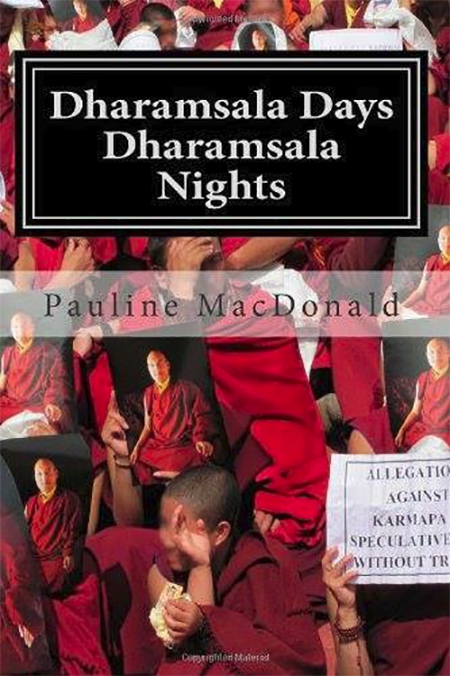 Dharamshala: - Preserving our history has long been a priority for the Tibetan community, but the experiences of newcomers starting life over in India is one story largely untold until now. Drawing from a blend of personal observations, lively conversations, and research, Pauline MacDonald's new book Dharamsala Days/Dharamsala Nights breaks the silence by providing a voice for elements of Tibetan society that are often ignored. At times entertaining, at times heartbreaking, Dharamsala Days/Dharamsala Nights offers a much needed fresh perspective on contemporary Tibetan culture.

The notorious Salai Gyals, long-haired young men known for escorting white women around McLeod Ganj, are at the center of much of the action. MacDonald (the author's name and the names of others have been changed for privacy) describes the harsh existence of Salai Gyals as seen from the life she shared with her son, a Tibetan boyfriend and two roommates in difficult conditions, "I bathed from a bucket in the malodorous and filthy toilet, which was visited by enormous spiders and home to strange insects...I washed dishes and did laundry outside in glacial tap water sometimes in winter rain and snow. When it was very cold, my hands would turn red and burn like fire then turn numb. We were the wealthiest among our friends." She bears witness to the difficult choices and compromises made to sustain daily life, emphasizing not the lurid details of physical encounters, but the deeper encounters with desperation beneath carefully maintained appearances. By telling their stories, she opens a window on the broader experiences shared by many newcomers.

Although the depiction of settler Tibetans as unwelcoming and quick to condemn newcomers will be controversial to some, the claims in the book are well supported with research. As a newcomer, many key points hit home with my own experiences. It's true we are looked down on for not speaking Tibetan language (meaning we speak our native dialects, rather than the exile dialect) and not following Tibetan culture (meaning we follow the cultures we grew up with in our regions of Tibet, rather than the exile culture), and it is true that we are sometimes treated as an inferior second class. The joke when I was in school was that newcomers were easy to spot in summer because our feet, thick from walking, supposed bulged from our sandals.

MacDonald's book is an important contribution to literature about Tibet because it reminds us that, as we fight to preserve Tibetan culture, our culture is also diverse. There is more to Tibetan history and identity than the familiar cliches. We need to remember the whole story, the ugly struggles for survival as well as the inspiring triumphs of spirit. Sometimes, as Dharamsala Days/Dharamsala Nights illustrates, it is exactly in the ugly struggles that the most beautiful moments come through.