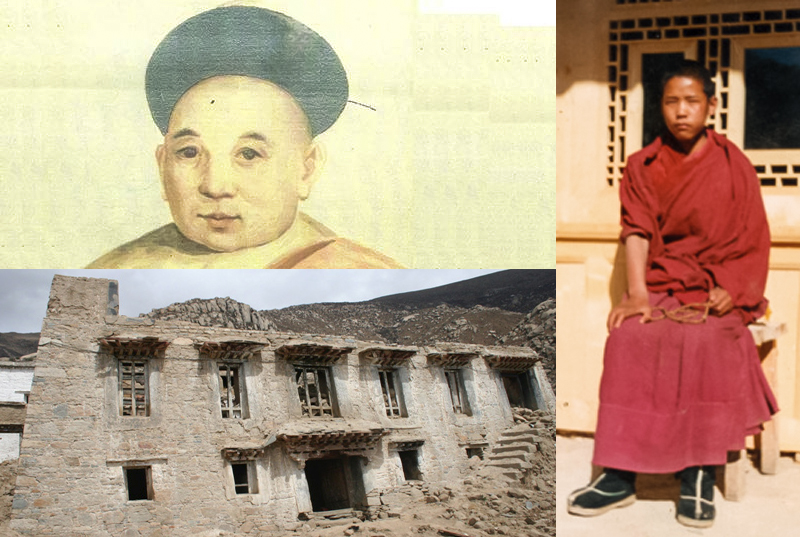 London: - Research by Lobsang Yongdan, a PhD candidate in the Department of Social Anthropology at the University of Cmabridge on a Tibetan text might alter the standard description of Tibet being 'isolated', 'mysterious' and not knowing what lay beyond their borders before the 20th Century.

The text, Dzam gling rgyas bshad (DGRB)(translated as "Detailed Description of the World"), was written by Btsan po no mon han, a lama from Drepung Monastery. First published in Mongolia in 1830, is divided into several parts according to the different countries and continents that have been written on. A quarter of the text is on Tibet, which has been translated into European languages and has become one of Tibet's most-read classics.

Little much is known about Btsan po. He was born in 1789 in U lan mu ru in Amdo. Identified as a fourth reincarnation of third Btsan po no mon han, Ngag dbang 'phrin las rgya mtsho, he may have entered the Gser khog monastery as young as two. As a child, he would have been taught Buddhist logic, literature and cosmology. From 1808, he studied at Drepung monastery, one of the largest monasteries in Lhasa.

Around 1814, Btsan po travelled to Beijing to become a spiritual leader to the Qing emperor. During his long residence in Beijing, Btsan po read early Jesuit works of geography and became friendly with members of the Russian orthodox mission in Beijing. He met European scholars and diplomats, scientists and conversed with them on matters of world geography and the events of the day. The country-by-country descriptions in the book contain evidence of his encounters. He passed away in Beijing 1839, the year that marked the first Opium War between the Manchu and the British.

Lobsang Yongdan's resarch sets the entire text of the DGRB into a more deeply informed historical, political, anthropological context. He traces the author as he interacts with other thinkers in the intellectual circles of early 19th-century Beijing, which was host to missions, trading posts and diplomats from many parts of the world.

Yongdan reveals that Btsan po embarked on the compilation of a detailed world geography of his own volition, and as a Tibetan intellectual engaged with western knowledge on an equal footing with Europeans and others.

"I first studied Btsan po's work as a young Tibetan monk trying to understand the history of my country and how Tibetans studied world geography in earlier times," he said. "I've spent the past four years looking in detail at the geographical conceptualisation, the creation of, and responses to the work." He recalls coming across the text  one night when "an older monk invited a group of us to supper. During the course of a conversation about Tibet and the world beyond our borders he told us that Tibetans knew about the world before the British and Chinese arrived – and that Tibetans charted the world like Europeans did in earlier times. We did not believe it as we had already absorbed the universal message that Tibetans knew little about what lay beyond their borders."

In the style of the time, Btsan po makes sweeping statements – especially in his descriptions of people. "In general, Chinese people are beautiful and well-shaped. They speak with gentle voices and are polite. Although they act as deep thinkers and honest, in reality, they are accustomed to trickery and cowardice. They have difficulty in trusting other people. If they do trust someone, they are loyal and steady."  The English do not impress him because "... compared to other Europeans, they are ill-mannered people as they like to drink so much".

"My work contests the view that Tibet was a backward place, prior to the arrival of the British in 1904 and the Chinese in 1950. Independently of European participation, Tibetans were actively involved in translating, studying and writing about European mathematical, cosmological and geographical knowledge in Tibetan," said Yongdan.  "Btsan po's descriptions of countries in Africa, the Middle East and central Asia suggest that these countries were not new to him by virtue of his encounters with Europeans. Rather, he treats at least some of these countries as places that Tibetans had known for centuries."
(Sourced from a report on Heritage Daily)