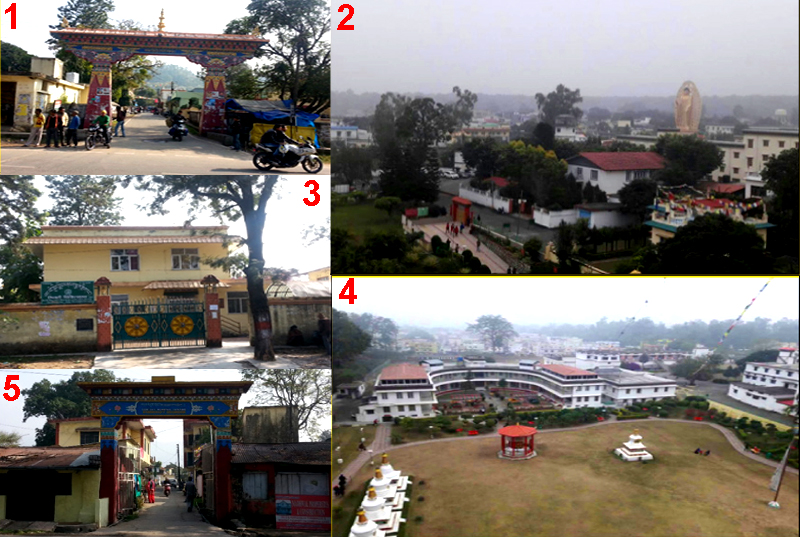 Dehradun– It is well known throughout the globe that due to Chinese's tragic and devastating invasion in Tibet, Tibetans are exiled and are scattered everywhere around the world. India, considering a worthy neighbor welcomed the major Tibetan refugees. Since from the leadership of the Pandit Jawaharlal Nehru in 1960s till today under the leadership of Shri Narendra Modi, Tibetans under the guidance and a radiant efforts from His Holiness the 14th Dalai Lama have been in hale and hearty without a bit of insufficiencies and difficulties to sustain and live our life to the fullest.

Dehradun district which lies in the Uttarakhand – previously known as Uttar Pradesh state of India has been and is an another home away from home settlement or a colony for the Tibetan refugees. Having set many Tibetan settlements like Dharamshala, Bylakuppe, Mundgod, Shimla, Manali and Delhi. From the word of Mrs. Kunga, a resident there "Dehradun, where people from different religious and cultural background resides is a genuine homestay for Tibetans reminds us of our homeland back in Tibet which surrounds around by the hilly areas, cold winter days and scenic nature filled with forestry". As per a mini survey work we undertook, Tibetans living there are scattered into many parts/regions of the district and three most populated of them are Deckyiling Settlement, Clemen Town Colony and Rajpur Settlement.

1. Deckyiling:
Deckyiling is considered one the main Tibetan settlement in India. It is situated at the Sahastradhara road of the district. In the past, the settlers' main livelihood depends upon the traditional handicrafts of the Tibetan carpet which is called 'Sapten', Tibetan women's colorful apron known as 'pangden', shoulder bags and several woolen weavings like sweaters, socks, hats etc. However, with the passage of the time, development took place in the lives of the settlers and they initiated the bigger means of the employment like bigger sweater and jacket businesses transporting and selling at certain other cities and places of the India like in Jaipur, Kashmir, Gujarat, Delhi and Gurgaon etc. This kind of business is seasonal in nature and happens mainly during the winter season. Other seasons include other earnings like indulging into restaurants and many doesn't work too much during such a season as summer. As per a source, 2 households are engaging into production of Tsampa (Tibetan Staple food) plough and raise crops and orchards yet there are fewer of them who plant and grow vegetables like Chinese cabbage around their vicinities.

Educational Facilities:
The educational facilities includes the prevalence of two mini schools in which one is for the Kindergartners and another one an elementary school till 10th standard.

Health Facilities:
There are two hospitals in total in which one is traditional So-Wa-Rigpa based Men-Tse-Khang and another one a modern hospital.

Monasteries:
It is obvious that there is a monastery wherever a group of Tibetan settles into a certain places since religions, traditional customs and prayers are the inborn etiquettes of the Tibetan by nature. Hence, as per the field survey, there are three monasteries in Deckyiling colony as LhodhakDhinnyiand Thikche monasteries and a nunnery called SakyaTsun monastery.
There is also a monastery nearby and at the same road as Deckyiling settlement called Drikung Kagyu Institute known as Jangchupling monastery in kulhan and it has been inaugurated in year 1992. A senior monk working at the Institute said that His Holiness the DrikungChetsang Rinpoche was the personality behind this valuable initialization of re-naming and re-establishing the Drikung Kagyu monastery of Tibet in India. The monks from this monastery are mostly Ladhaki followed by Nepali and the least is Tibetan. There is also a big and an excellent library called "Songtsen Library" and a different monastery for the senior or college monks known as "Shelta Gonpa".

2. Clemen Town:
Clemen Town colony is another hub settlement for the Tibetans in Dehradun. It is away from the crowded city of the Dehradun and it is the town of the district. The town is a major tourist attraction place where there is presence of the beautiful and richly Buddhist monasteries, statues and stupas.

With the accordance of the field survey, there are 3 major tourist engaging monasteries in Clemen Town as Mindrolling monastery, Drukpa Kagyu monastery and the Tashikyil monastery. The Mindrolling monastery is a Nyingma school of the Buddhist's various sects. It was re-established in year 1965 of the Tibet's Mindrolling monastery in India, Dehradun by His Eminence Khochhen Rinpoche. The 11th Trichen Rinpoche was well known and considered highly honorable by the Tibetan people all around. A young monk from the monastery said that the monastery educates young monks and nuns through scholastic Buddhist education and preserves Tibetan's rich culture and traditional values and they are also educated with modern science and English. This tourist attraction monastery has many magnificent Buddhist arts and architectures like stupa, statues of Buddha and prayer wheels. The Great Stupa which inaugurated in year 2002 was constructed for prevailing peace and harmony to the world is considered an extra-ordinary where it holds several arts and shrine rooms. There is also Buddha garden where huge Buddha standing statue makes every visitor blessed and pious in nature. The garden is highly recreated and enjoyed by visitors and there is presence of canteen and various shops lined by selling certain precious Buddhist stuffs, normal clothes to various kind of necessity home goods and decorators etc.owned by the monastery. The staffs give constant care and attention to the infrastructures and areas cleanings and healthcare facilities and guest houses are provided.

Another significant development in the monastery is taking where the standing Statue of the Guru Rinpoche is under the construction. According to the constructors of the statue, the complete building of the statue will likely to finish by coming 8 months and it is 110 feet long from the ground". A laid shopkeeper there said that the statue is sponsored by the previous Director of the settlement, Mr Orgyen Dorjee and it is the 2nd largest statue of the Guru Rinpoche in India to prevail peace and harmony to the world.

The Drukpa Kagyu monastery there is a Kagyu school and which presence its own statue of glorifying Buddha. The TashiKyil monastery is a Gyeluk school of sect.
The livelihood of the people according to Tsekyi, an owner of an artic shop is the petty as compare to bigger cities and yet profitable enough business shops and restaurants. She also added that in the past, residents of clementown chose to have more restaurants but over a time people started to have more shops of any stuffs like variety of clothes and foodstuffs and edible truck shops. As a result, many although still exists yet fall down the number of restaurants comparing from the past few years. The town people also practices the handloom Tibetan Carpet handicrafts and production of the noodles and spicy chili famously known in Tibetan as "Thukpa and Sepen" are famous widely not in Town alone but throughout the colonies of Tibetan in whole India. For instance, KTenzinThukpa and Sepenare well known from Clemen Town.

Healthcare Facilities:
Another Men-Tse-Khang in Dehradun is in Clemen Town colony and there is also prevalent of another modern Tibetan hospital too.

Educational Facilities:
There is one school along with a hostel residents and another one school under the construction.

3. Rajpur Settlement:
As per Mr Choeden, "the Tibetans in Rajpur settlement were mostly under rent in the past and their livelihood depends upon the traditional Tibetan Carpet factory established by the Tibetan Women's Association. Since, many of them were under rent, Tibetan Government has set a new settlement for them as Raipur inside the Sahastradhara crossing road". The famous Sakya monastery is located there in Rajpur road. SakyaCollege for higher education is at the Mussoorie road and nunnery at the Deckyiling colony.

Beside these three mentioned colonies of Tibetan in Uttarakhand, there are also many Tibetans living at Heberpur, Lakhandpur and Manduwala in Dehradun district. There is also S.O.S V.T.C centre at selakui where many Tibetan youths are bloomed through their half way from school to become a well-trained serving member to the society.

Henceforth, the Dehradun district with its magnificent beauty and peaceful foothills of Himalaya is yet another home away home settlement for the exiled Tibetans in India. According to Mr kunkyab, "It is a grateful region where every settlers feel at home with blessings of every bit that we requires in our daily life. I genuinely feel the preciousness of such settlements all over the India without which we, as refugee might have been under severe troublesome".