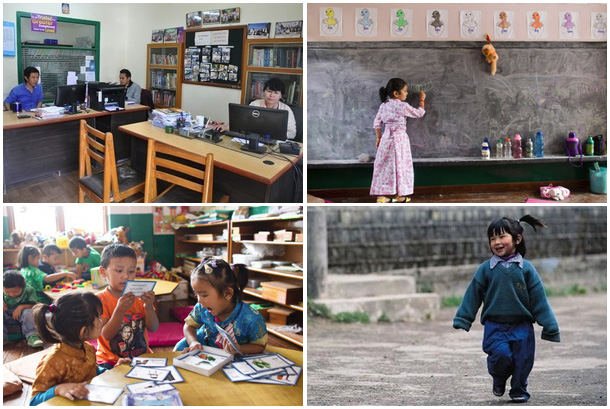 Dharamshala — In an interview, one of the education officers of the Department of Education of the Central Tibetan Administration told TPI a bit of the Department's work and her views on the future of Tibet. She spoke on condition of anonymity, so we will be referring to her as Tenzom.

She explained that the primary goals of the Department of Education are to provide modern education to young Tibetans and to preserve the Tibetan culture and language. His Holiness the Dalai Lama considers the lack of modern education one of the reasons why Tibetans were such an easy prey for the Chinese government.

She told TPI that there are currently 72 Tibetan schools operating in India and Nepal and that 14 of these schools are directly under the Department of Education. The Central Tibetan Administration is now trying to take control of the other Tibetan schools that are run by the Indian Government in order to further fortify the teachings of Tibetan culture and language.

On a more personal level, Tenzom told TPI about her feelings as a Tibetan and her thoughts on the future of the Tibetan community in exile. She is struggling with her own identity. She has not seen her parents since she was 6 years old and considers her English better than her Tibetan – problems that many Tibetans born in India face today.

She feels that the Tibetan zeitgeist is losing its momentum. When the first Tibetans came to India, they expected to go back to Tibet in a couple of years. Things did not happen this way and the Tibetans have been in exile for more than 50 years. Naturally, a new Tibetan generation has arisen, a generation that has little or no connection with Tibet. She thinks that if the situation remains the same, without any concrete developments, the intensity of the Tibetan cause will decrease.

"I know the struggle will continue as long as there are Tibetans living in exile but the intensity of the struggle will wear out. I really hope something happens in the next 10 or 20 years because if it doesn't, the next generation will be completely disconnected from Tibet," she told TPI.

"Especially if His Holiness passes away, I don't really know what will happen then! He is the soul of Tibet," she added.

Another issue is that the Tibet cause is slowly losing International awareness and support as it has been in crisis for more than half a century and has shown no positive results, despite all national and international efforts.

She concluded the interview by saying, "These are scary things to think about when I sleep at night."