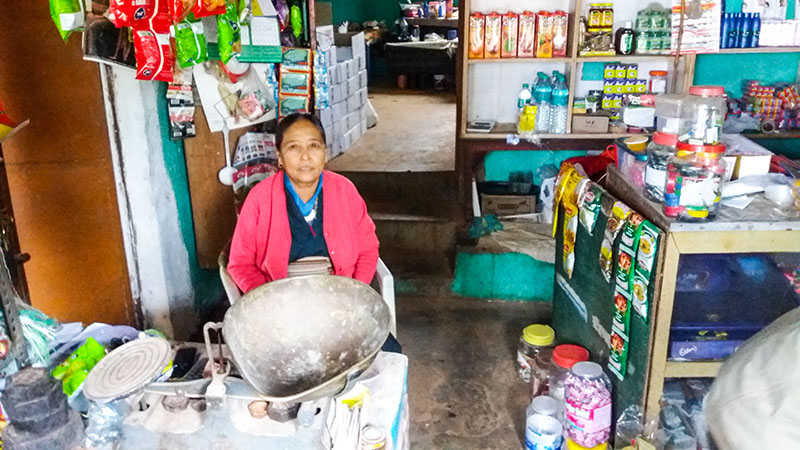 Kollegal Dhondenling, Karnataka State, South India — The only existing shopping bazaar, by the Tibetan people in Dhondenling, is a 0.90 acre area located at the heart of the settlement. People have come to call it Sumdo, meaning the spot where three roads meet, as it is situated at a T junction.

Namdol, a fellow shopkeeper at Sumdo says,"It was first established as a house by the Co-orporate society that was given out for rent to people who were in need. We paid a rent of Rs.500 earlier but now its increased to Rs.1000. The people that rented these houses began to initiate small businesses to make a livelihood of their own. More people followed their lead and soon, Co-orporate society's rent house had become sort of a shopping centre for the Tibetans."

"In the early stages, there were three shops. One for ration, one for clothes and the last for edibles. Slowly more people started opening up small business here and soon this place became a buzzing place. As it was near all the prominent places like the hospital, the school and also being located at the heart of the settlement, it was pretty convenient for people to visit here. People would come here to buy household accessories of all kinds," she added. 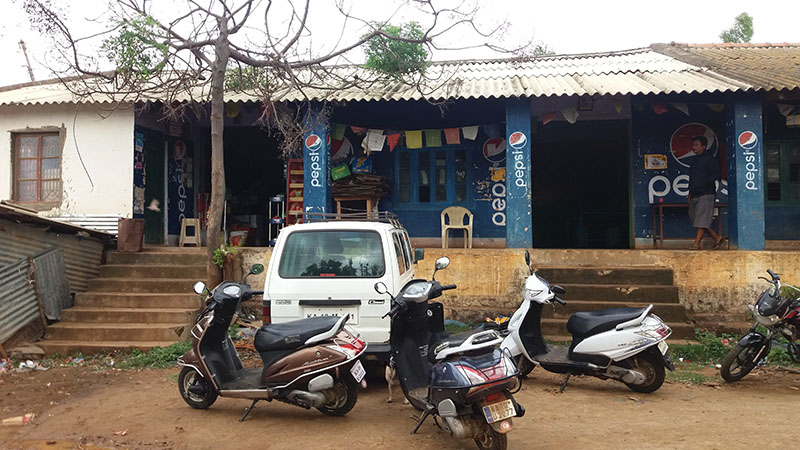 "As of now there are about 15 shops in total. The shops that belong to Indian people are at the back while the shops in-front of the main road belong to Dzogchen Monastery. Rest belong to Co-orporative Society. The shops range from clothes shops to ration to restaurants. There was a cyber cafe but that closed down and there also was a gaming centre. The owners of the shops have changed overtime. Some of them died and others left for foreign countries. There is one State Bank of Mysore that has the most visitors in the whole area."

The business has been declining as people now have vehicles with which they can travel to Odeyarpalya, which is a market area by the Indians, where there is a wider range of what they need and better quality of products. "At earlier times, people used to come here to buy their goods as it was nearer to the villages. People would buy a five or six kgs of flour and carry it on their back while walking on foot. Now that people can afford motor bikes and cars, they prefer travelling to Odeyarpalya to do their shopping. Therefore the business has gone downhill. Most people only come here to buy edibles and other small stuffs.

On asking if we would see any progress on the state of Sumdo, Namdol replied, "We were told that the state of Sumdo would improve and that they might built a shopping complex but so far there had been no work on that. They said that they would lend shopkeepers of Sumdo money that can be used for improvement of their shops. But so far that has not been any sort of action on that promise."

According to the CTA Home Department, the settlement was established in 1974 with the help of the Government of India and Karnataka State. Mysore Resettlement and Development Agency (MYRADA) extended their technical help in construction of living quarters, settlement offices, hospital , school buildings road etc.

The settlement has total area of 3000 acres. Agriculture is the main stay of the settlement people. They cultivate maize, rice, ragi etc. Apart from the agriculture, some of the settlers also do sweater selling during winter season to earn extra income to their family.