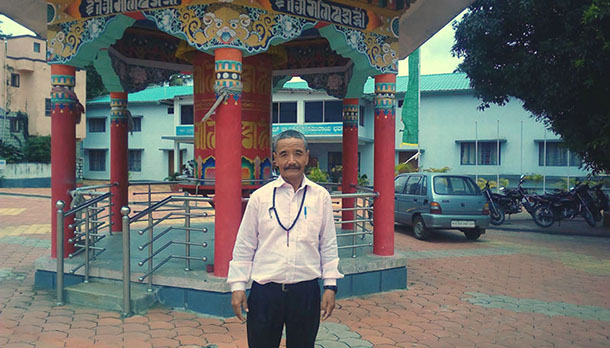 This time, TPI has spoken to another ex-Tibetan army who is currently living in the Tibetan Settlement in South India, where he was willing to share his story about your personal experience with Chushi Gangdruk Volunteer Force, an organization of Tibetan guerrilla fighters who attempted to stop the invasion of the People's Republic of China in Tibet.

India first set up a voluntary force consisting of only Tibetans on 14 November 1962 within the Indian army under the Nehru government. This force came to be known as Special Frontier Force. It was originally formed and raised to perform covert operations after the Sino-Indian war in 1962. SFF is also known as Establishment 22 and is under the command of the Home Minister.

Dawa Dhondup, a member of the Ex-army organisation (Kollegal Chushi Gangdruk), talks about Tibetan soldiers in the Indian army. "At the beginning, most of the Tibetan recruits in the force were old or former monks who had recently fled Tibet. The salary at that time was rupees 50 although we did the same work and had the same duty as any other soldier in the military. In 1971, the Bangladesh war happened, which resulted in Bangladesh getting separated from Pakistan and becoming an independent country.

"SFF had been a big part in securing the victory of the Indian army. They'd carried out covert missions during the war. 41 Tibetan soldiers died, fighting in this war. Seeing the bravery and capabilities of the Tibetan soldiers in this war and later in the Kargil war, Indian government decided to give Tibetan soldiers the same rights and benefits as that of native soldiers," he said.

"As of now, all the Tibetan soldiers get the same benefits and rights as an Indian soldier but it has taken a long journey. Like for example, the people who retired or resigned before the year of 1985, went home with whatever they had earned while in the army and did not get pension or any benefits. But since beginning of the year 1986, the retired soldiers started getting a lump sum amount and after 2009, the Tibetan retired officers have been getting pensions like other native soldiers," he added.

"Our organisation has been set up in about 36 Tibetan settlements all over India. It has been 13 years since we have had the organisation in Dhondenling. We were only sanctioned to set up this organisation after the fourth appeal, after Tibetan women association were granted permission to set up theirs. We had to appeal to the office of his holiness the Dalai Lama to support us," he said, adding: "In Dhondenling, there are about 200 retired soldiers. Within the organisation, we have five people working. As Dhondenling is broadly classified into three blocks, three members are assigned to each block and the other two members carry out the official work."

Dawa said that "this organisation helps retired soldiers to acquire their rightful benefits such as smart-card, ECHS that is the medical insurance. Also the veterans who retired before 2009, have started getting their pensions, so this organisation assists in all the official procedures. Veterans who retired before the year 1985, do not get pension or the lump sum amounts but an amount of 1000 rupees per month."

He also told the TPI newspaper that "this organisation doesn't have anything to do with politics and similarly doesn't get involved in politics. Their main objective and goal is to help veterans attain their rights and benefits that the Indian government have started giving. They help those who have not gotten these benefits."

According to Dawa, the SFF have participated in covert and overt operations during wars in India. They were involved in covert operation on the border of India and China. Other operations involve Operation Eagle during 1971 where they secured the Chittagong hills, Operation Blue-star in 1984 when they were deployed to combat communal riots and to clear up the Golden temple in Amritsar, Operation Meghdoot in 1984-85 where they had guarded the Siachen glacier and the Kargil war.