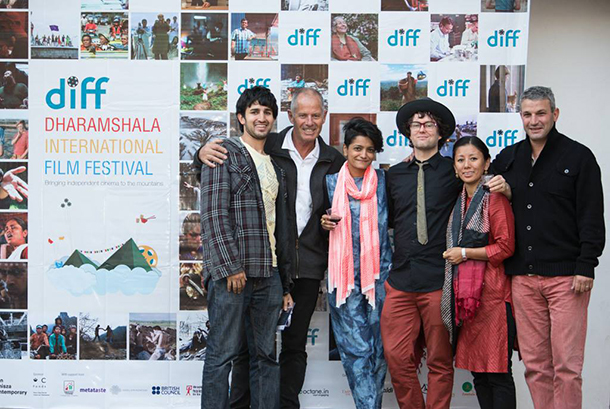 Dharamshala: – From October 30 to November 2 of this year, the Dharamshala International Film Festival (DIFF) will descend upon the multi-cultural town of McLeod Ganj in Dharamshala, bearing a robust lineup of films to educate and entertain festival attendees.

DIFF 2014 promises to maintain the event's reputation as one of India's most eclectic independent film festivals. The films range from Talal Derki's Return to Homs, which portrays young revolutionaries battling Syrian government forces, to Luc Schaedler's Watermarks, a film depicting the evolution of everyday life in China. The festival's location – amongst a significant population of Tibetans in exile – suggests Tenzin Tsetan Choklay's Bringing Tibet Home will engage the audience. The documentary details a Tibetan contemporary artist's mission to bring Tibet closer to Tibetan exiles.

Besides providing a forum to display the films, DIFF 2014 also allows film aficionados to talk with various filmmakers in the shadow of the majestic Dhauladhar mountains. White Crane Arts & Media Trust – the nonprofit organization responsible for organising DIFF – promises, "DIFF 2014, now in its third edition, will continue to build on the hallmarks that made the festival a cutting-edge cultural event in the Himalayas." This includes more than 24 full-length feature films and documentaries, as well as a selection of the best contemporary independent short animation films. DIFF 2014 will also inspire future filmmakers through its "Masterclasses and Workshops," including a Special Animation Workshop conducted by Gitanjali Rao, India's leading animation filmmaker. DIFF's main venue, the Tibetan Institute of Performing Arts, will play host to a Food, Arts, and Crafts Fair that will run throughout the duration of the festival.

Youth participation should bolster audience attendance, as special outreach programmes will ensure local schools and colleges participate in the festival. One program for which DIFF 2014 promoters are especially excited is the "DIFF Film Fellows Programme," in which "five young filmmakers from the Indian Himalayan regions will be selected to come to the festival, attend film screenings, Masterclasses and Workshops, and engage in one-on-one mentoring sessions with established filmmakers," state organisers.

White Crane Arts and Media Trust's goal in establishing DIFF was to "bring high quality, independent films along with their filmmakers from around the world to Dharamshala." This, in the words of the organisation, will "create a truly meaningful, non-partisan cultural platform to engage and involve all communities that inhabit the area – Indians, Tibetan refugees, and expatriates – in order to promote mutual understanding, foster harmony, and offer exposure to contemporary forms of creative expression."

Regarding more information, festival organisers have stated, "Further details of the exciting line-up for DIFF 2014 will be released towards the end of September. The programming promises to be eclectic and adventurous and we look forward to welcoming our visitors to enjoy this very special festival in the Himalayas!"