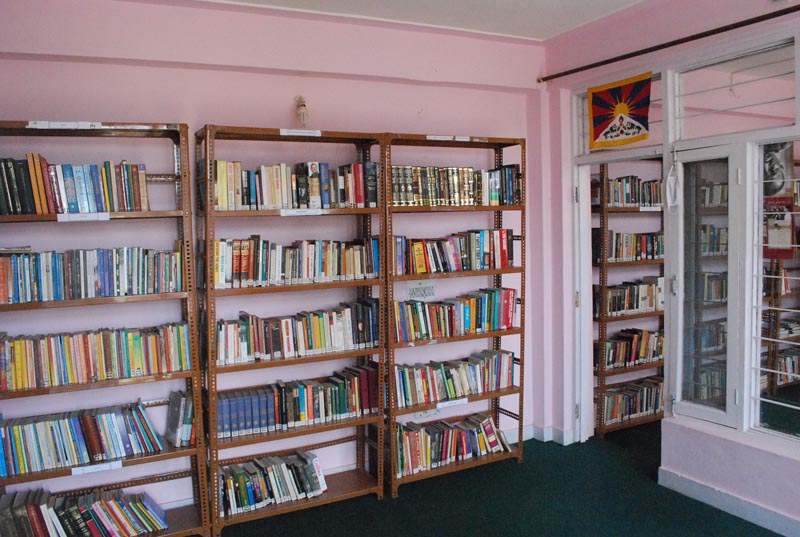 Dharamshala: The Dharamshala Community Library (DCL) was once again opened on 26th April 2010, by Mr. Tenzin Choeying, one of the original founders of the library and ex TCV teacher Dhondup Tsering, who helped fund the reopening of the library by collecting donations in the United States. The DCL was started by and operates under the guidance of four founding members, Mr. Tenzin Tsundue, writer/activist, Tenzin Choeying, director of Students for a Free Tibet, Bhatia, journalist/photographer, and Bhuchang, poet/writer.

The main aim of the set up of the DCL Library at Dharamshala is to promote intellectual and creative awareness in the Community by providing a space for reading. The other reason for setting up the library is to give Tibetan youths a way to gain more knowledge in their free time.

The library closed in 2009 due to high rent costs and was reopened near the Tibet Hope Center to be more accessible to students at the center. Earlier the DCL operated for a year on Temple Road with generous assistance from the renowned Indian writer Pankaj Mishra, who also donated a large number of books. The Tibetan welfare office has also donated many books.

"The DCL is strategically located near hope center and ex-political prisoners' movement (Gu Chu Sum), where there are number of students and adults learning English and Tibean" Mr. Tenzin Choeying said.

Now the DCL has 20,000 books, most of which are kept in the Gangchen Kyishong (Central Tibetan Administration) area because the library is currently too small to house them all for now. The founders have plans to enlarge the library in the coming years.