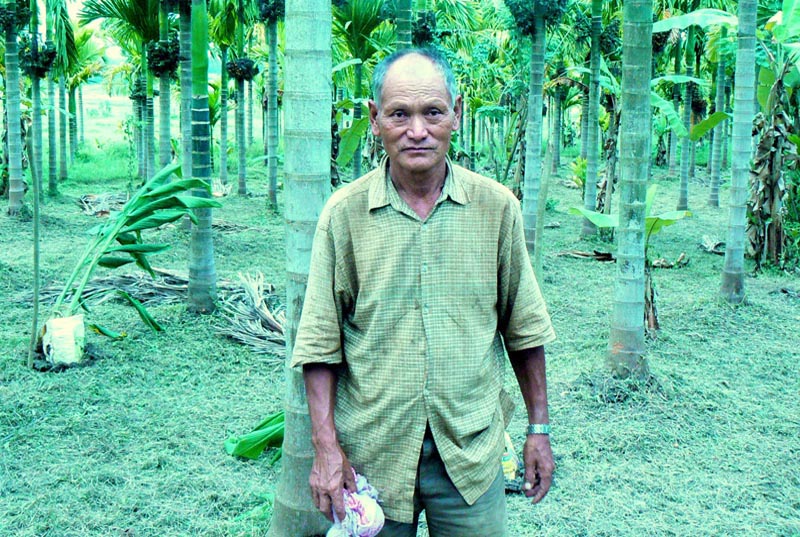 
Mundgod, India: -  The Tibetan Service Co-operative Bank in Mundgod is supported by His Holiness the Dalai Lama's Central Tibetan Relief Committee in Dharamshala. The co-operative aims to help farmers achieve a sustainable living and ultimately self-sufficiency.

It offers farmers seeds, fertilizers and tractors at low prices, as well as cash loans at low interest rates, transport of products, and storage.  It also helps the farmers market their products directly to end buyers.

Karma Dhondup, CEO of the Co-operative Bank, says such services are crucial. If the farmers were to approach the Indian national bank for crop loans, he said, they would be charged seven per cent interest, whereas the co-op gives loans at the low rate of one per cent.

In Dhondup's view, the co-op is the "most important organization" in the settlement.  "There are many other NGOs, but we can do business," he said.  "We can back up farmers - we can fight.  60-70% of laypeople here depend on the co-op."

This year, because of unusually heavy monsoon rainfall, the farmers were not able to sow their crops.  Many now face financial difficulties, and Dhondup said the co-op is planning to hold a fund-raiser for the farmers, during which they will approach various NGOs in the area for donations.

Another problem faced by the farmers is that there is no irrigation system in the settlement, leaving them to depend solely on rainfall.

Irrigation was prohibited by former Kalon Tripa (political leader) Prof. Samdhong Rinpoche, who felt that Tibetans in Mundgod should not contribute to the diminishing water supply by digging underground tube wells.

Dhondup disagrees with this viewpoint, saying that many young people are also against the policy.  "If irrigation were allowed, 80% of young people would be interested in farming," he said.

Dhondup feels that the new Kalon Tripa, Lobsang Sangay, is aware of the challenges caused by Samdhong Rinpoche’s policy, and believes he will most likely reverse the rule and allow irrigation.

Rice paddy is the most widespread crop in Mundgod and the majority of it is sold to coastal areas.

Other industry includes handicrafts such as carpet weaving and woodworking – the main market being tourists who visit to see the monasteries.  "Foreign tourists are buying the crafts between December and April. They often come here on the way to or from Goa.  From September to November, the domestic tourists come," said Dhondup.

Dhondup believes that, although there are many challenges to agriculture in Mundgod, "The people are hard-working and they will overcome."

Regarding the situation of Tibetans regugees in India, he said it remains to be seen what will happen after His Holiness the Dalai Lama is gone.  "Will the government of Indian still recognize us as refugees?" he asked.  "Will people give us respect?"