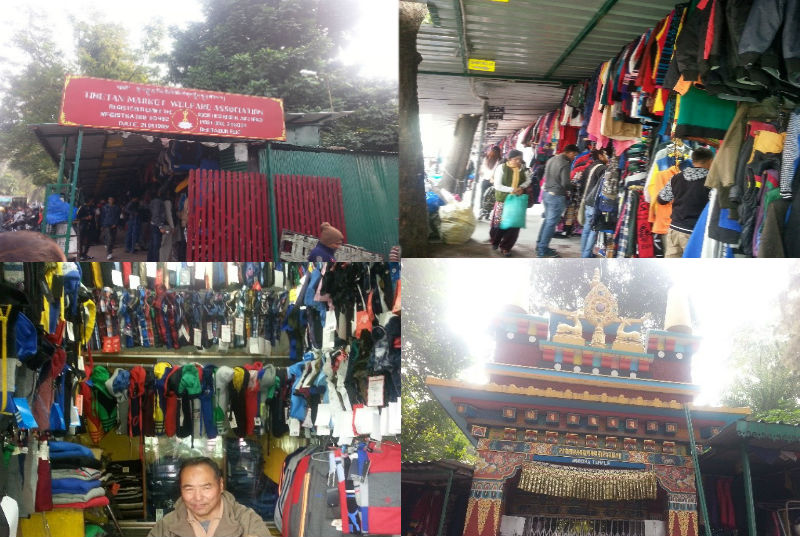 Dehradun – A Tibetan market consisting around 180 shops have been set at Dehradun near parade ground at pant road and 20 or more shops at Rispenahpur. Since then the Tibetans belonging to Deckyiling, Clemen Town and Rajpur settlement has been living their life relying on the earnings gained from selling the varieties of wearing and bags as well.

According to a source, before the year 1982, same market has been set at Indra Market of the district however with the new constructions done there for some other purposes, Tibetan market was made to shift at the present venue.

Tsewang Rinzin, a 53 years old man spent his life by selling the clothes around him in a 5.5 feet shop for over more than thirty years. "Right after few years of coming from Bhutan in year 1982, I have started this penny business and now it has been so many years that me and my family has been depending our life on this beside certain side incomes from rest of the family. This business has become part and parcel of my life" cried Tsewang.

He also stated that the earnings from this business is more than sufficient for him and his family to live a happy and contented life. He brings a packed lunch from his home and haves it at shop everyday even though there is presence of many Tibetan restaurants nearby saying the foods from those restaurants are limited that his stomach couldn't be filled well and he also enjoys his home made foods more as well. He never hires other people to work for him in his shop unlike few others from the market association.

Tibetan Market Association in Dehradun is not a seasonal market where it is used to be in rest of the other Tibetan sweater business. Tsering Lhamo, who has been in the market for 3 years now said that there is no holiday as such in the market during the winter season however the shops of the market are closed for any significant Tibetan festivals like new year (Losar), Birthday of His Holiness the 14th Dalai Lama (Trungkar), Saka Dawa, 10th March (Sumchu Dudren), 10th December (Nobel Peace prize anniversary to His Holiness the Dalai Lama) and many more.

She also added that the every month's Tuesday of the week is holiday for the marketers during the summer season. Another business women, Nyima Dolma said that she has been in the market for over 6 years now and she used to have very good profit and earning from 5 years back but the profits are doomed now over a year.

According to her, this tragedy is because of the increasing the costs of every goods or commodities from the place where they transports them i.e. from Delhi and Ludhiana. She also said, "There is more profits and earnings during the weekends where the famous Sunday market of Dehradun meets nearby and several customers shop along with it".

The market has one mini Buddhist temple locating same lines of the shops. The temple has been built with funds from market association and this temple is considered as a symbol of their luck and prosperous in the business. Thus, the market with its hub and permanent nature keeps a unique yet familiar feeling among the Tibetan people living there.