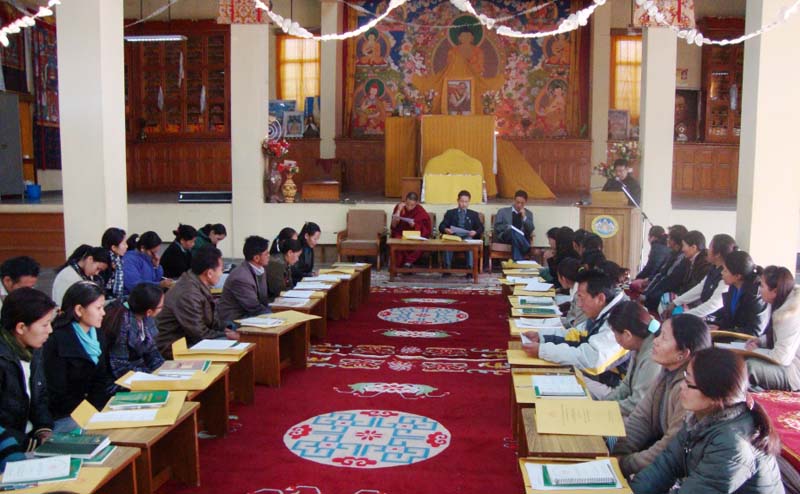 Dharamshala: The Central Tibetan Administration's education department is hosting its seventh orientation course from 8-16 Jan, in Sarah, near Dharamshala, in order to reaffirm an education program that is oriented toward Tibetan culture.

"The policy broadly and basically aims to create a ‘Tibetan mind' in the individual's personality amidst the growing trend toward Westernization, especially among the youth," said Mr. Kalon Thubten Lungrig, the representative from the education department, in his opening address to the 42 teachers attending from 10 different Tibetan schools.

"The policy aims to develop and incorporate the values and culture that define the Tibetan in an individual's overall character," he said.

The education policy, which was approved unanimously by the 13th Assembly of Tibetan People's Deputies in 2004, is being revamped to include more subjects that emphasize the traditional Tibetan mentality, including Tibetan calligraphy, language and customs, as well as a class on the concept of non-violence. The program has been founded on studies that are advocated by His Holiness the Dalai Lama, such as universal human values and inner-science.