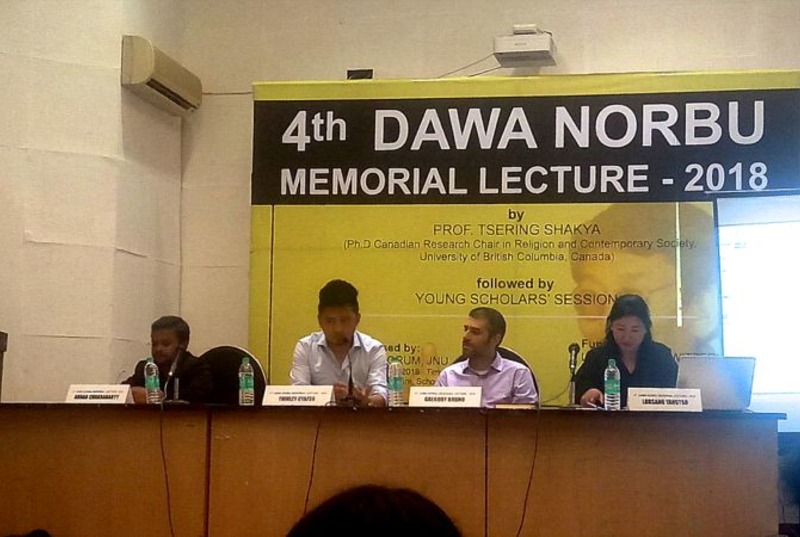 Tsering Shakya said that he was friend with Dawa Norbu and knew him personally and intellectually. Dawa Norbu was great scholar who gave a great contribution to the Tibetan cause.

"He was a legend in his own lifetime. He created great awareness about Tibet and the Tibetan people through his acclaimed books like Red Star Over Tibet, Tibet: The Road Ahead, and China’s Tibet Policy.

"He has published several scholarly papers in such international journals as Asian Survey, China Quarterly, International Studies and Pacific Affairs. His latest book China’s Tibet Policy was published in 2001 and it is a major work of longstanding value."

The afternoon session was focused on young scholars, and speakers included Lobsang Yangtso, PhD candidate at JNU, Arnab Chakrabarty, PhD Candidate at JNU and Gregory Bruno London School of Economics, who both presented their papers.