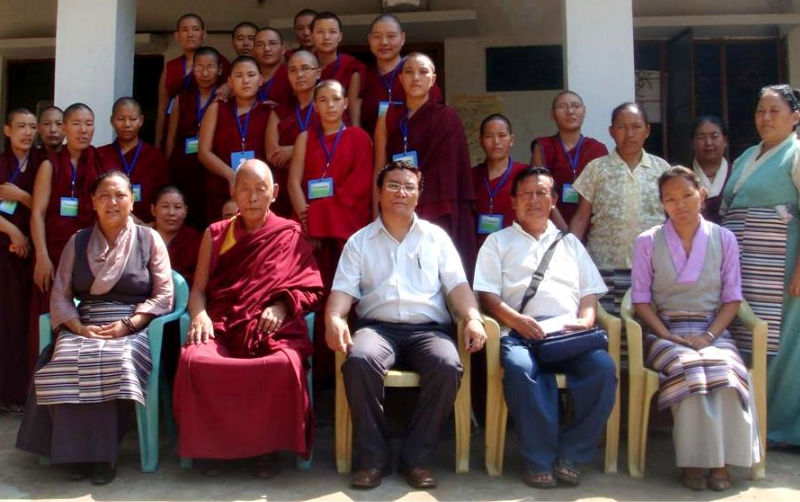 Dharamshala: The Tibetan Women's Association (TWA) led the second Tibetan Nuns' Leadership Programme in a bid to carry out the wishes of His Holiness the Dalai Lama, who has called for nuns to gain confidence - and believe in their ability to make a difference.

Held in the south Indian nunnery of Jangchub Choeling, Mungod, Karnataka, the five-day training course, from April 26 to April 30, 2010, was organized by TWA in conjunction with Science Meets Dharma, Switzerland (an institute which aims to provide monks and nuns in Tibetan monasteries in India with access to scientific education).

The course was attended by 22 nuns from Jangchub Choeling after one nun, Yeshi Sangmo, came to the first course in 2009 and told TWA that she felt the other members of her nunnery would benefit from the training.

The opening ceremony was attended by Khen Rinpoche Kunchok Thapgye of Jangchub Choeling nunnery, Mr. Palden, Settlement Officer and Vice President of the Regional Tibetan Youth Congress, both of whom gave speeches encouraging nuns to take advantage of the opportunities for training and education.

A half-day session on gender empowerment looked into the differences between gender and sex, gender stereotyping and socialisation through practical exercises, which the TWA felt it was essential to discuss openly.

Group discussions, brain-storming exercises and public speaking formed a large part of the programme, with the aim of building up the nuns' communication skills.

Every evening saw a documentary screening, followed by a debate session. The films included Lhamo Tso's ‘Behind the Sea and Dispatches: Undercover to Tibet', which stirred emotional and patriotic reactions. The biographical film ‘Gyalyum Chenmo: The Great Mother' had the nuns moved to tears.

A short documentary, ‘Are We Ready for 2011', made by TWA executive Dhardon Sharling and friends, focused on the significant upcoming Kalon Tripa election. This film helped the nuns to realise that it is their duty as Tibetan citizens to exercise their right to vote, and to call for a transparent election process.

On the final day, each nun made a video in which they evaluated themselves on everything from the way they speak to their body language - they used the skills they had learned during the four previous days to deliver some very impressive presentations.

In the feedback session, a number of nuns revealed that they had been frightened at the sound of the words ‘workshop' and ‘training' and that they had tried to avoid joining the programme.

However, by the end of the course they said that they fully understood the benefits it could offer and expressed their wish to attend more in the future. TWA is delighted at this positive response. 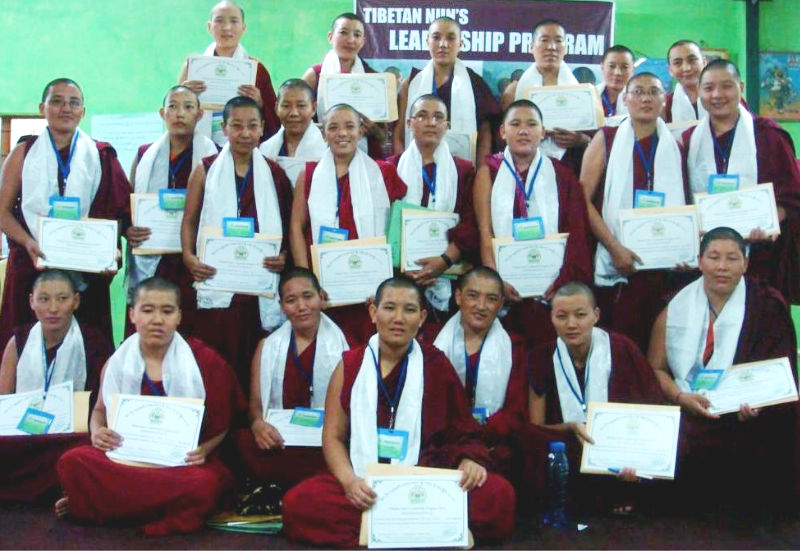 The nuns were also given feedback forms which showed that the sessions on goal setting, gender empowerment and the short documentary on Kalon Tripa were the most popular.

"It was amazing to see the transformation from the level of shyness to a sense of standing in one's authority" TWA's programme coordinator Nyima Lhamo said.

TWA's executive Tenzin Dolma reaffirms that "through courses like these, we will enable Tibetan nuns to maximise their influence and to discover what they are truly capable of. The nuns who attended the course began to find out that they have talents which can be harnessed not only for the furthering of their own potential, but for the benefit of wider society."

TWA  thanked the administration of Jangchub Choeling nunnery for sending as many nuns as possible to join the programme and for helping it to become a resounding success.

TWA  also  extended heartfelt thanks to the Science Meets Dharma Institute and its managing director Kelsang Chokteng for providing us with much-needed financial support, and for putting trust in TWA to deliver this programme.

Nun Palden Sangmo wrote to request if such programmes could be made an annual affair in all the nunneries in exile and coincidently this has indeed been an intrinsic part of the mission statement of TWA's programme coordination desk.