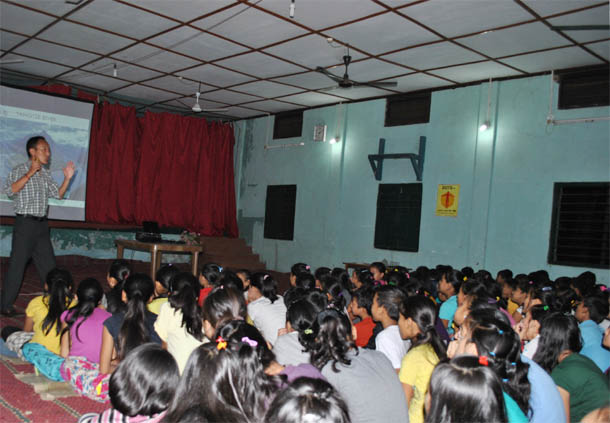 The Environment and Development Desk (EDD) of DIIR, in its Year 2012-13 Work Plan has set the Awareness Program about the current ecological situation on Tibetan Plateau to all Tibetan Settlements and monasteries as one of its priority.

This Program is in some way a follow-up to a very successful Awareness Program in year 2011-2012 where EDD staffs gave awareness talks at most of the Tibetan Schools in India .

A large number of public (both young and old) showed up for the talks in all the three settlements with great curiosity, listened intently with constant nod and expressed their appreciation to the two EDD Staff for letting them know of the ecological situation in Tibet.

They also gave talks in all CST schools of these three settlements (which were the only schools that were not visited last year by EDD staff) and where student showed great interest, answered many question and many teachers personally thanked them for the talk and also requested for more such visits in future.

The two staff felt great satisfaction after experiencing the kind of interest shown by both public and students of these three most remote Tibetan settlements.