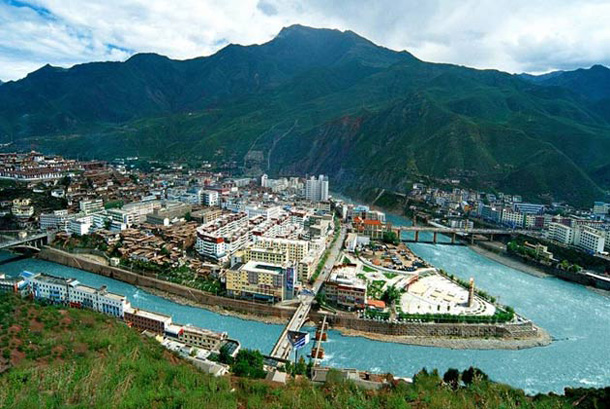 It is an evocative title suggesting mystery, geographical wonder and adventure.

But below the surface lies a more mundane and prosaic truth and, as development consultant and advisor to the Tibetan Government in Exile, Gabriel Lafitte, suggests, these truths, namely science, resource nationalism, mineral exploitation and the pursuit of profit, reside and intertwine just below the surface.

Geology (as defined by a quick internet search) is the study of the Earth's crust, that is, the origin and history of rocks. Their chemical, physical and biological make-up.

Ordinary Tibetan nomads and farmers, repressed in their own country and struggling with day to day existence, will know little of this, and neither are they meant to. It is also fair to presume that most of them will see little of the expected financial outcome that will almost certainly flow in the not too distant future from resource exploitation.

No Tibetans, or at least none who criticise official Chinese development discourse, will be at the conference.

According to Lafitte, China has exploited oil, gas, salts, lead and zinc on the Tibetan plateau for decades, but it is only recently that the People's Republic of China has begun to construct large mines on a global scale in order to exploit Tibet's natural resources; assets which the conference in Chamdo will discuss and deliberate over.

It is for good reason that successive Chinese administrations have regarded Tibet as its western 'Treasure house'. The wider Tibetan region has at least 90 known minerals including chromite, lithium, copper, potassium, sulphur, salt, magnesite and phosphorous.

This treasure house will be mapped even more extensively by Chinese and international geologists after next year's conference, leading to a huge accumulation of wealth for the Chinese state, global transnational conglomerates, probably assisting individual scientists and research institutes, but almost certainly not helping many ethnic Tibetans.

Laffite puts it succinctly: ''Tibetans will have no power to speak for or defend their communities, lands, sacred lakes or mountains from mining, and no right to form community based organizations to articulate their concerns.''

In the last three years at least 95 Tibetans, both Buddhist monks and nuns, and ordinary lay people, have chosen to take their own lives through self-immolation, in what is thought to be the largest self-immolation campaign in world history. Burning oneself is an act borne of cultural, religious and political oppression. Growing economic exploitation can now be added to that list. When there is no voice or recourse to justice, the oppressed commit desperate acts.

It is probably fair to assume that the geologists attending the conference in Chamdo will discuss and deliberate on all matters relating to geologizing the Tibetan plateau, and possibly the subsequent financial and commercial benefits too.

However, it is doubtful they will give much time to the phenomenon of Tibetan self-immolations, and more importantly, the cultural, social and political aspects producing such drastic actions.

This is an edited version of a blog posted by Gabriel Lafitte on www.rukor.org.