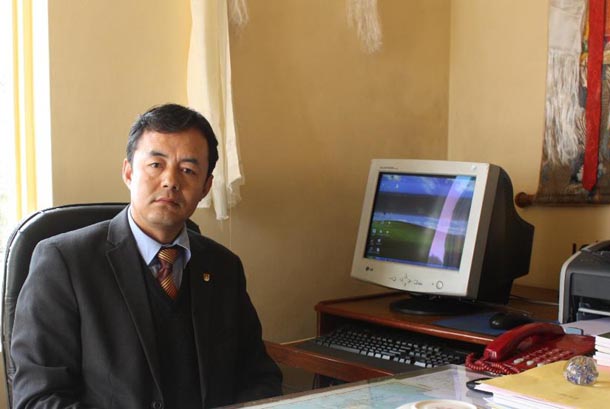 Dharamshala — Health Kalon Dr Tsering Wangchuk issued a statement commenting on progress so far and challenges ahead in the fight against malaria in the Tibetan settlements located in Malaria endemic region, such as Odisha, Mainpat, Miao, Tezu, Tuting and Bhandara.

The global malaria community observed World Malaria Day on April 25th. This year's theme, "End Malaria for Good" reflecting the vision of a Malaria-free world set out in the "global technical strategy for malaria 2016-2030?.

The following statement was issued by Dr Wangchuk, Minister of the Department of Health of the Central Tibetan Administration, to observe World Malaria Day on April 25, 2016.

"The strategy aims to dramatically lower the global malaria burden over the next 15 years. Its goals are ambitious but attainable:

According to WHO's "World Malaria Report 2015?, there was a decline in global malaria cases and deaths since 2000 and this was made possible through the massive expansion of effective tools to prevent and treat malaria, such as insecticide-treated mosquito nets, diagnostic testing and anti-malarial medicines. However, about 3.2 billion people – nearly half of the world's population – are at risk of malaria. In 2015, there were an estimated 214 million new cases of malaria and 438,000 deaths, mainly in sub-Saharan Africa. Millions of people are still not accessing the services they need to prevent and treat malaria.

Malaria is a Vector-borne disease which is transmitted through Anopheles female mosquitoes from person to person. These mosquitoes are called vectors. They can put our health at risk, at home and when we travel.

Malaria is preventable as well as treatable disease. We can take the following steps in order to prevent and protect one from these diseases:

Malaria has been reported from Malaria endemic regions in Odisha, Chhattisgarh, North East states, Maharashtra and few in Karnataka and Delhi region. Health centers of seven Tibetan settlements in India namely; Odisha Phuntsokling, Mainpat Phendeling, Miao Choepheling, Tezu Dhargeyling, Mundgod Doeguling, Delhi Samyeling and Bylakupee Tibetan settlement had reported cases of Malaria over the years. The Central and North-east India accounting for more than 90% of the cases reported. In 2013, there were a total of 214 reported malarial cases from our Tibetan settlement health centers with 119 cases alone from Odisha. In 2014, 197 cases of Malaria have been reported from our Tibetan settlements health centers, of which 170 cases were reported alone from Odisha. In the year 2015, HIS3 (computer based Health Information System at DOH) recorded a total of 190 Malaria cases out of which 167 cases were from Menla hospital (Odisaha), 11 cases from Mainpat, 6 cases from Miao and 3 from Tso-Jhe Khangsar hospital. Delek, Sataun, and Tezu reported 1 case each.

Looking at the high burden of Malaria in Odisha Phuntsokling settlement, a needs assessment survey was conducted in 2013 in collaboration with Johns Hopkins University of the USA. It was found that people had good knowledge of preventative measures and the treatment options; however, many people lacked the means through which they could get hold of tools for preventing themselves against malaria. The DOH thus launched its "Malaria Control Project" focusing in Odisha initially, followed by Mainpat, Miao, Tezu, Tuting and Bhandara from 2012 to 2014. The project was funded by our donor partner Norwegian Church Aid (NCA).

Under this project, Long Lasting Insecticide Treated Nets (LLIN) were distributed free of cost to the the destitute, school children, old aged people and at 50% subsidized rate for the rest of the general population. Even before 2012, such project of free distribution of Long Lasting Insecticide Treated Nets (LLIN) for Malaria prevention and control were under taken by Odisha Menlha Hospital and Monastery at Odisha Phuntsokling Settlement and Mainpat Phendeling settlement.

Tackling Malaria in the Tibetan settlements located in Malaria endemic region like Odisha, Mainpat, Miao, Tezu, Tuting and Bhandara has been a challenge for our department over the years.

We need to invest more in the future so that we can "End Malaria for Good" through prevention and treatment, using tools such as insecticide-treated mosquito nets, diagnostic testing and anti-malarial medicines.