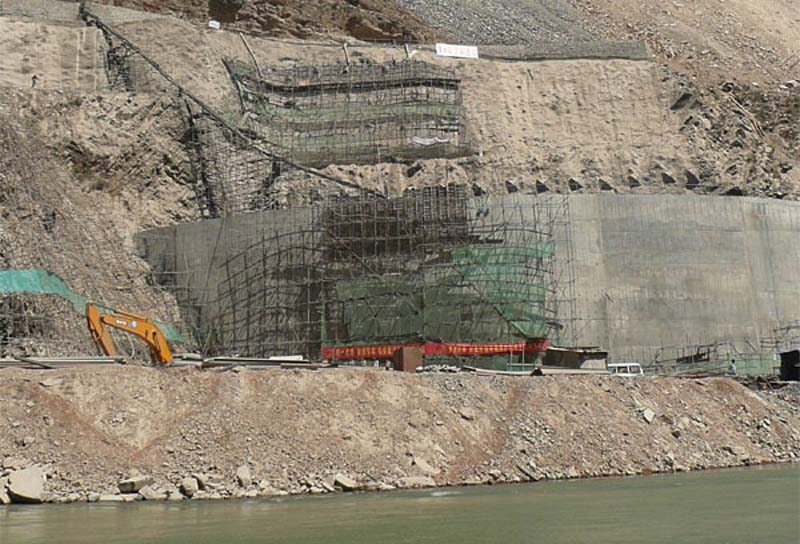 From its origins around Mount Kailash in southwestern Tibet, the Tsangpo River, or Brahmaputra as it is known in India, flows across southern Tibet, into India's Arunachal Pradesh state, and then East into Bangladesh.

The 302 meter Tsangpo Dam would far exceed the size of the existing Three Gorges Dam across the River Yangtze, the world's current largest hydroelectricity dam.

Chinese officials were keen to insist that Tsangpo Dam is a run-of-the-river project, and will involve no water storage or diversion.

Indian Foreign Minister S.M.Krishna told the Indian Parliament on Thursday, "The Chinese foreign minister assured me that there would be no water storage at the dam and it would not in any way impact on downstream areas."

However there are fears in India that Chinese plans to dam major Himalayan rivers upstream in Tibet will have disastrous consequences for the environment and water security in areas around the lower reaches of the rivers.

China has also ignored concern from experts about dam building in seismically active regions. The May 2008 Sichuan earthquake which killed 90,000 people, has been argued to have been triggered by the Zipingpu Reservoir in the region. Though it denies the link, the Chinese Government has refused to release data to contradict the theory.

Two hydropower dams have previously been built on the Yangtze in quake-devastated Kyigudo (Chinese: Yushu) County, and future plans have been reported to build over 80 dams on the Yangtze, Mekong and the Salween rivers in the Tibetan Plateau.