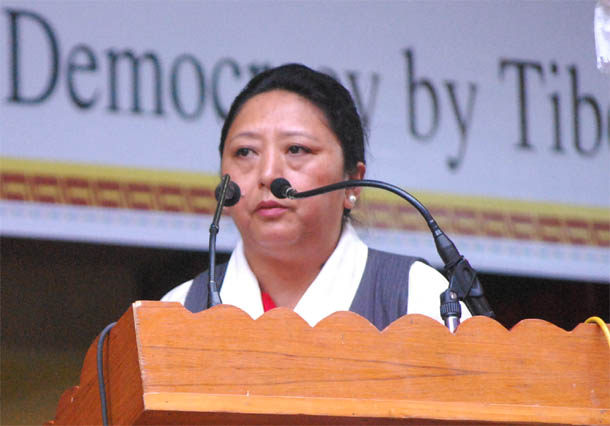 Dharamshala: - The Tibetan Parliament in exile has appealed for the United Nations to intervene in stopping repression imposed by the local Chinese authorities on the monks of Kirti Monastery and the local Tibetan population in Ngaba in northeastern Tibet.

"On behalf of Tibetan Parliament-in-Exile, I beg to draw your attention to the deteriorating human rights situation in Tibet," said deputy speaker Dolma Gyari in a letter to the UN Secretary-General Ban Ki-moon yesterday.

The deputy speaker apprised the UN chief that the monastery in Ngaba has been virtually turned into a prison with heavy deployment of Chinese military force and barbed wire fencing and concrete walls around it.

The tense situation at Kirti Monastery arose when on 16 March, Phuntsok, a monk of the monastery, set himself on fire to protest the massive repression of the widespread peaceful protests across Tibet in 2008.

The Tibetan Parliament expressed its deep concern about the safety of monks locked up inside Kirti monastery as the Chinese government has ordered the detention of those between the age of 18 - 40.

Many Tibetans stand guard on the roads to prevent military trucks from taking away the detained monks. The police brutally beat the Tibetans and unleashed dogs on them when they attempted to block the forces from entering the monastery on 12 April, reported Tibetan Centre for Human Rights and Democracy based in Dharmsala.

"The security, dignity and the human rights of over 2,500 monks of Kirti Monastery, one of the most important monastery, stand critically threatened," Deputy Speaker Dolma Gyari said in the letter.

Ms Gyari also apprised the UN about the arrest of Phuntsok's younger brother Lobsang Tseten and his maternal uncle Lobsang Tsundue first on 22 March and later on 12 April.

The deputy speaker informed the UN that arbitrary arrests and suppression continue in Ngaba.

The Tibetan Parliament has sent to the UN a report compiled by the Tibetan Centre for Human Rights and Democracy on the prevailing situation of human rights violations inside Tibet.