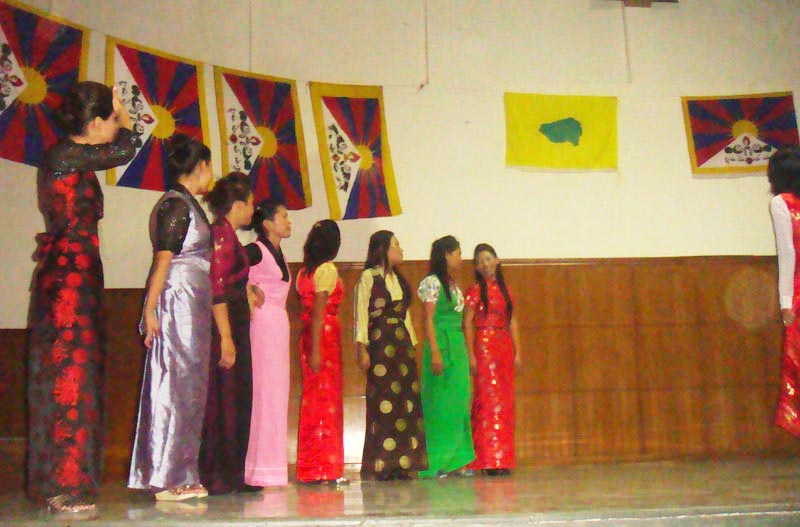 Lhakar is a homegrown people's movement that has emerged in Tibet. Every Wednesday, a growing number of Tibetans are making a special effort to wear traditional clothes, speak Tibetan, eat in Tibetan restaurants and buy from Tibetan owned businesses.

The Tibetan word "lhakar" translates literally as "White Wednesday" because Wednesday is considered special by Tibetans as it is that day of the week on which His Holiness the Dalai Lama was born.

It is also very important to understand that this movement acts as a non-cooperation movement against China by refusing to support Chinese institutions and businesses; everybody can be a part of this movement and celebrate being a Tibetan as well as raise awareness about the current political situation of Tibet.

Mr. Palden Sonam, President of RTYC Rohini accentuated the importance of carrying out this movement by Tibetans both inside and outside Tibet.

"If Tibetans in Tibet can come up with dynamic and innovative new campaigns to resist illegal Chinese authority even under so much repression then why we can't Tibetans in exile at least stronghold this movement by taking a resolution to boycott made-in-china products, to read Tibetan newspaper once in a week, to wear chupa every Wednesday, to speak in Tibetan language, etc," said Sonam.

As a Tibetan we are born into this political struggle and we must do whatsoever in our potential to upraise our cry for freedom and justice as well as we must make every effort to safeguard our identity and culture which the repressive Chinese regime in Tibet is so keen to destroy.