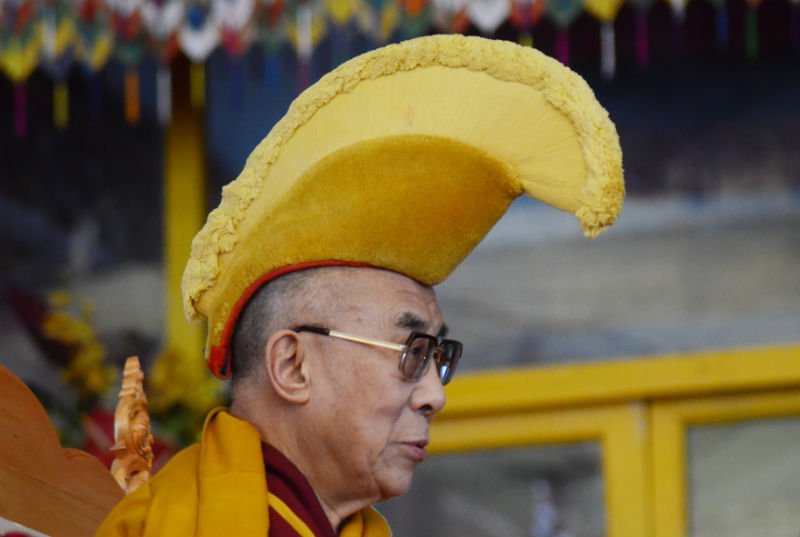 The National Endowment for Democracy, in cooperation with the Embassy of the Czech Republic, Washington, DC and the Vaclav Havel Library, Prague, Czech Republic, held a Memorial Tribute honoring the life and work of Vaclav Havel today in Washington, D.C. NED Carl Gershman read His Holiness the Dalai Lama's message (see text below) while Secretary Madeleine Albright read a statement from President Obama. There was a video message from Aung San Suu Kyi, too.

With the death of my dear friend Vaclav Havel, the world has lost a great leader, whose steadfast and unflinching determination played a key role in establishing freedom and democracy in what was then Czechoslovakia.

Gentle, honest, humble and full of humour, he was motivated by the idea that truth must ultimately prevail. It was this insistence on the truth that got him into trouble with the authorities when he was young. The same quality inspired his people to choose him to be the President when they threw off totalitarianism during the Velvet Revolution, which Havel led with an extraordinary display of people power.

His abiding concern for human rights meant that once in a position of authority himself he did not indulge in rancour or vengeance, but instead worked to bring about reconciliation. He was also a strong advocate of the Tibetan people's right to justice and freedom. Not content with articulating his support in words, he also marched to show solidarity with Tibetans.

Charter 77, the Human Rights charter he co-authored, had far-reaching ramifications in his homeland and even further afield, inspiring, more recently, Charter 08 in China. Like a true friend he went to great lengths to defend its author, Chinese human rights activist, Liu Xiaobo. Indeed, I am told that 6th January marks the anniversary of his launch of the successful campaign to give Liu Xiaobo the Nobel Peace Prize.

When he established Forum 2000, it was on the principle that it would be good if informed and concerned people, from different continents, different cultures, from different religious circles, but also from different disciplines of human knowledge could come together to talk calmly with each other. This, it seems to me, is the most appropriate way to promote democracy in non-democratic countries and to support respect for human rights and religious, culture and ethnic tolerance in young democracies. I have assured the Forum 2000 foundation that I shall be very happy to do whatever I can to contribute to its work and keep alive the spirit of freedom that Vaclav Havel made such efforts to promote.

President Havel honoured me with an invitation to visit Czechoslovakia in February 1990, apparently his first foreign guest, soon after he became president of the country. I will never forget the emotional crowd who greeted me, men and women jubilant in their new-found freedom. President Havel himself impressed me as being utterly free of pretence and on the many occasions that we met overt the years, he remained a true champion of human rights and freedom everywhere. On that first evening of our meeting, he told me how much he identified with one of my predecessors, the Sixth Dalai Lama, who had a reputation for worldliness and literary flair. Most recently, I was touched that he made time for us to meet once more, in spite of his failing health, on International Human Rights Day, a week before he died. Since this time I seem to have been his last foreign visitor, I cannot help thinking that from a spiritual point of view there was a strong connection between us.

On the occasion of this service of remembrance in Washington, I would like to recall with admiration President Vaclav Havel's fundamental humanity and integrity and reflect that, in his consistent concern for the welfare of others, this was a man who lived a truly meaningful life.