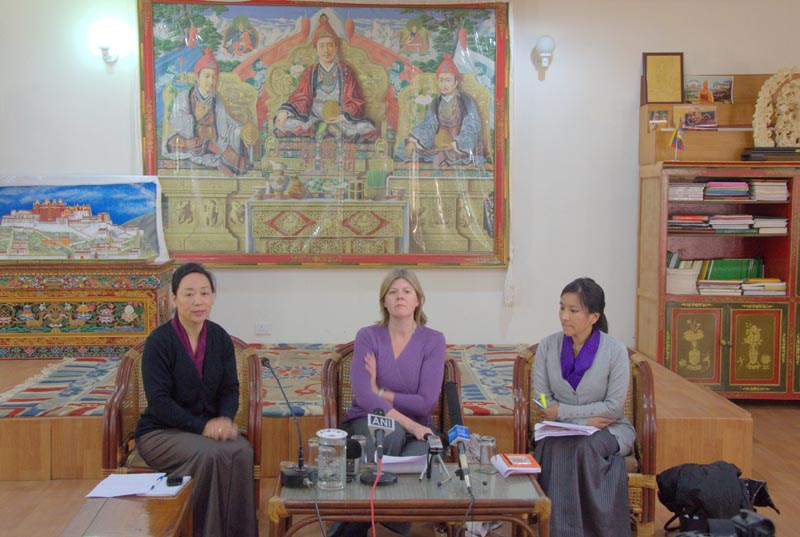 Dharamshala: - In response to the escalating crisis in Tibet, the Special International Meeting of Tibet Support Groups was held in Dharamsala, India from 16-18 November 2012. The meeting, which was attended by almost 200 participants from 43 countries, was convened by the Core Group for Tibetan Cause – India, and facilitated by the Department of Information & International Relations of the Tibetan Government-in-exile. The purpose of the meeting was to develop strategic campaigns to address the deteriorating situation in Tibet where to date at least 75 Tibetans have self-immolated.

This is a highly significant moment in the Tibetan struggle for freedom. Despite unprecedented repression, there has been a dramatic upsurge in resistance against China's occupation. There have been important changes within the Tibetan Government with the historic devolution of political power from His Holiness the Dalai Lama to the democratically elected leadership. Meanwhile the Communist Party of China has appointed its new leaders. These changes demand renewed efforts from Tibet Support Groups who pledge to increase their efforts on behalf of the Tibetan people and their human right to self-determination as recognized by the United Nations.

We, the conference participants, express our deep admiration and strong support for the unwavering determination and commitment to nonviolence by Tibetans in Tibet and for the many diverse ways in which they are resisting, including Tibetan cultural renaissance and Lhakar. Such resistance has continued despite mass detentions, violent military responses to peaceful protests, and the increased use of "patriotic re-education" campaigns.

We express deep anguish that Tibetans feel compelled to self-immolate as an act of political resistance. We resolutely stand in solidarity with their aspirations for freedom and for the return of His Holiness the Dalai Lama to his homeland. Responsibility for this crisis lies with China's leaders and their failed Tibet policies
over the last sixty years. We call on China's new leaders to urgently address the root causes of these self-immolations.

We are deeply concerned about the forced removal of nomadic communities which is eroding cultural traditions, destroying livelihoods, and resulting in social exclusion. We believe that social and economic exclusion are contributing factors in the escalation of self-immolation and therefore must be urgently addressed.

We call specifically on General Secretary Xi Jinping and the new Politburo Standing Committee to take immediate steps to resolve these and all legitimate grievances of the Tibetan people recognising that a peaceful resolution is in the best interests of both the Tibetan and the Chinese people.

We demand that our home governments initiate urgent and coordinated action, including at the United Nations and in other international and regional fora, to bring pressure upon the Government of China to change its policies in Tibet.

The conference participants welcome the creation of a coalition of Asian Tibet Support Groups and congratulate it on the adoption a common action program.

We, the conference participants, renew our commitment to work together and in cooperation with Tibetan organizations, Chinese human rights defenders, and other concerned organizations around the world, in pursuit of a political solution to the Tibet issue consistent with international human rights standards.